Alisa Robbins Doctoroff, President of the UJA-Federation of New York, the largest local philanthropy in the world claims to lead an organization whose mission is to “care for people in need, inspire a passion for Jewish life and learning, and strengthen Jewish communities in New York, in Israel, and around the world.” She was appointed to this position on July 1, 2013 – and until today no one has researched her background.  Unfortunately for her, that time is over.

Research reveals that Doctoroff, is a donor to New Israel Fund (NIF) as revealed in their annual report.  NIF is an extreme left-wing organization, committed to working against the interests of Israel all over the world. From funding Anti-Israel reports at the United Nations, to their recent financial support for terrorists and their families who killed Jews in Jerusalem while praying, NIF is extreme, and far from mainstream.  NIF clearly still on their website identifies with BDS.  As seen by clicking here, one can learn that “NIF will thus not exclude support for organizations that discourage the purchase of goods or use of services from settlements.”  That is called a boycott of Israel – for an organization which receives personal financial support from UJA’s President.


In addition to donating to an organization which supports BDS, Doctoroff noted on a recent trip to Israel, “one of the most impactful expe­ri­ences on her Encounter trip was her home-stay with a Palestinian family.” She and the family’s son talked late into the night, poring over maps and talking about non-violent activism.

The President of one of the largest Jewish organizations in the world is gushing over Palestinians who are breaking the law – and harming Israeli soldiers.   This “non-violent” Palestinian activism harms the State of Israel.

There is no spin which can escape that narrative.

Doctoroff – the wife of the former Deputy Mayor of New York – continues, “Seeing the common humanity speaks loudly to what needs to be done… Putting food on the table, taking kids to piano lessons, and providing for a better life are hard to do there—these are things that Palestinians in the West Bank struggle with daily and we take for granted.”  This organization, in which she partners, has an upcoming trip to Eastern Jerusalem – which will visit not one Jewish resident of the area. Par for the course, as a previous trip of this group has been described aslegitimizing a one-state solution.

A previous trip has been described as:  “…Jewish participants spent the entire time listening to Palestinian views,”, “…not one Palestinian, when discussing their long-term vision for the region, advocated a two-state solution, nor expressed any empathy for Jewish aspirations,” and that a Palestinian presenter said “in the absence of a one-state solution, there is going to be a bloodbath. In response to this, most participants clapped.” One of the speakers “has signed the Stuttgart declaration calling for a one-state solution (a resolution signed by activists representing both Islamism and the radical left), and, “…sanitized the death and carnage of the 2nd intifada as a mere “civil uprising” which the Arab world would be wise to emulate.

And it goes on… Ms. Doctoroff is also a board member of the Social Venture Fund for Jewish-Arab equality & shared society, whom in a recent annual report discussed the need for “job placement and integration of Arab teachers into Jewish schools.” There are surely many issues for Israeli and American Jews to tackle, but the President of the largest Jewish organization in North America must have more important concerns than Arab teachers in Jewish schools.  Tellingly, she has not been an advocate for Jewish teachers in Arab schools to end the rampant Anti-Israel sentiment amongst Israeli Arabs, or eliminating the books and courses that teach anti-Semitism to Palestinian children.

Doctoroff has the right to these radical, extreme viewpoints – but they are different than those of American Jewry.  The President of the UJA-Federation cannot – and must not – financially support BDS, “non-violent” Palestinian activism, and worse.

There is no spin which UJA-Federation can provide for the simple fact that their President financially supports a number of different organizations that harm Israel.

A response will come, undoubtedly which says that she supports many worthwhile causes, blah, blah, blah.  And perhaps that is true – but she must go. These are radical viewpoints which are at odds with the masses of American Jewry. 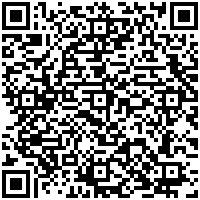