Home InDepth Columns The Knitted Yarmulka
Share on Facebook
Tweet on Twitter
There was a time in Israel when any yarmulka was a negative factor in attaining a senior position in a company. When I first arrived in Israel some 38 years ago, the situation for senior religious employees very much reminded me of my days in America when I was looking for a computer job 42 years ago in New York City. As soon as a company I had applied to learned that I was a Sabbath observer, the position quickly evaporated. I clearly recall how surprised I was to find myself outside the door at one insurance company, despite their having assured me that I was perfect for the job. One well-known bank was even so blatant as to openly tell me that they do not hire Sabbath observers. Funny how quickly a job for me was immediately found when a COLPA lawyer called them and reminded them of the religious anti-discrimination law (but I didn’t want to work where they really did not want me).

I applied for a job at the NYC Federal Reserve Bank. This time I began by stating that I was a Sabbath observer and the assistant vice president who was interviewing me assured me that religion would not be a factor in his decision. He also explained that while there was no immediate position available, since I had scored so highly on the aptitude test, they had decided to hire me.

At the Federal Reserve Bank of New York, in a city where such a large percentage of the population was Jewish, I was amazed to find that, with over 2,000 employees, I was only the third Jew hired and all three of us were in the computer department. When I left to go to Israel five years later, we not only had a Minchah minyan and a Daf Yomi group, but we also had some employees who were considering agitating for kosher food in the cafeteria.

When I arrived in Israel in 1973, prejudice against Orthodox Jews was in its infancy, but it still had an effect. I had submitted my resume by mail to a certain chain store belonging to the Kibbutz movement and had been assured that my computer background was exactly what they needed for a computer manager. All I had to do was come in and sign a contract. Unfortunately, when I arrived at the office, the senior manager took one surprised look at my kippah before he thanked me for coming in and telling me that they would contact me. He did not even bother to interview me, and a few days later the rejection letter arrived.

Attitudes here in Israel, thank G-d, have slowly changed over the years. The knitted kippah (kippah serugah) has become a sign of loyalty and dedication in many Israeli circles and has conquered a great deal of the prejudice. Today, many senior positions in the country, especially in public institutions, are manned by Jews proudly wearing a kippah serugah.

It has reached a point where some Israelis are concerned that the kippah is beginning to inundate into too many sectors of Israeli life. In the past there were few, if any, senior officers who were religious. Today, almost 40 percent of the officer candidate graduates are, Baruch Hashem, religious. Just as in my time at the NY Fed, when the non-Jewish managers began to see how dedicated and serious the Orthodox Jewish workers were, the Israeli establishment is today slowly accepting that religious values are a very positive factor in the personality of a worker.

Please e-mail your comments to dov@gilor.com. 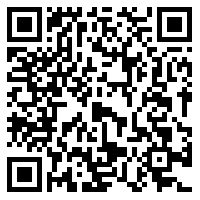