There is an opinion in the Mishna, that of the great Shammai, that the Chanukiyah should be lit with eight candles on the first night and go down and down until one candle remains on the eighth night. While we do not follow this opinion, it is intriguing nonetheless.

For Shammai, on the last night, we would be left with only one candle symbolizing that with all of our great battles to defeat our enemies, in the end, there is only One God and His Will. On the first night of the Holiday of Lights, that solitary candle reminds us Who is driving this story and Who keeps His promises.


And speaking of promises, I took this special photo last night outside of the Tomb of the Patriarchs and Matriarchs (Ma’arat Hamachpelah) in Hebron right after the lighting of the first candle by the Israel’s President Isaac Herzog.

Two young Israeli soldiers, lighting that first candles at the foot of Founding Family of our nation. Indeed, the promise of return has been kept. 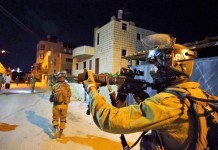 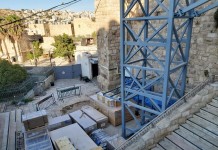 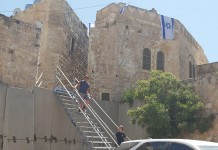 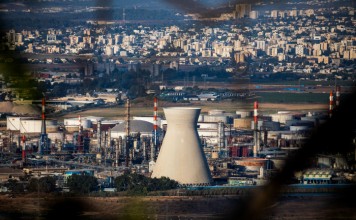