Last February, Brooklyn College campus police forcibly removed four Jewish students who were peacefully monitoring an anti-Israel event. Brooklyn College administrators then lied about the Jewish students, claiming they were disruptive. Karen Gould, the college president, was eventually forced to apologize to the students a full year after an audiotape had definitively exonerated them.

And at Northeastern University in Boston, a pressure campaign finally goaded administrators into suspending Students for Justice in Palestine’s campus affiliation for a year, after a series of vicious provocations. Students defaced a menorah on campus, disrupted Jewish events, and frightened Jews by placing mock eviction notices on their dormitory rooms.

Now it’s Vassar’s turn. Long gone are the days chronicled in Mary McCarthy’s famous novel, “The Group,” in which aristocratic young women clad in sweater sets gained a little academic polish while searching for husbands. Now Vassar is all about multiculturalism, with one notable exception: It’s edgy, it’s cool, it’s hip to hate Israel. Thirty-nine Vassar faculty members (including, tragically, Joshua Schreier, Director of Jewish Studies) signed a libelous letter supporting an academic boycott of Israel, in which they accused the Jewish state of cartoonish evils. As on the other campuses, the road to physically intimidating Jews was paved with academic corruption.

A planned trip to Israel with Earth Sciences Professor Jill Schneiderman and Greek and Roman Studies Professor Rachel Friedman has set off a firestorm of anti-Semitic fury. In late February, Students for Justice in Palestine activists physically intimidated students going into Professor Friedman’s class to discuss the upcoming trip. According to William Jacobson’s invaluable reporting at the Legal Insurrection blog, Professor Friedman was “shocked” and “in 17 years at Vassar never experienced anything like this.”

Vassar’s administration then convened a campus-wide forum to discuss “the ethics of the travel trip.” On March 3rd, 200 people gathered for an “open conversation” which quickly degenerated into what Schneiderman described as a “very toxic atmosphere” in which “rage against Israel was the theme.” “I was knocked off-center by a belligerent academic community dedicated to vilifying anyone who dares set foot in Israel,” wrote Schneiderman on her blog. Friedman said that Jewish students who spoke in defense of Israel were heckled, drowned out with finger-snapping noises and loudly laughed at.

So far, Vassar president Catharine Bond Hill has refused to comment. But Vassar’s national reputation has taken a serious hit, and a newly formed group of parents and alumni called Fairness to Israel may continue to press the issue.

The anti-Semitism weaponized at California universities has now infected campuses around the country. The academic community bears the blame for its studied indifference to this ugliness and its outright enthusiasm for tormenting Jewish students and faculty.

But the Jewish community must also acknowledge its failure to effectively combat this dangerous trend. Mainstream Jewish institutions have been AWOL from the battle. Now that Abe Foxman is finally retiring from the Anti-Defamation League, it’s time to replace him with someone who knows how to start winning.

I nominate Dr. Charles Jacobs of Americans for Peace and Tolerance. Jacobs led the fight against Northeastern and helped create the new film, The J Street Challenge, that’s taking the battle to the campus. It’s a war and Charles Jacobs is ready to wage it. 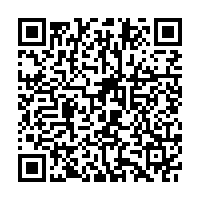