Reclaiming Jewish property in Jerusalem is in the news today. David will be speaking about the home in Sheikh Jarah or Shimon HaTzadik neighborhood in Jerusalem that was occupied by Arab squatters. Over the past 8 years a legal battle took place and finally the property was returned to the Jewish owners. This is part of an on going effort to restore Jewish ownership in the capital of Israel.

Israel goes out to the American people affected by Hurricane Harvey. The government has approved a one million dollar grant to assist the Jewish community in Houston. David will be speaking with Jerusalem resident Joshua Wander an expert in security and a first responder who left his family and jumped on a plane with a team of Israeli volunteers with ZAKA international Search & Rescue NGO. They are now stationed in Houston and helping many communities there.


Later in the show David will be speaking with President Trump team member Dr. Sebastian Gorka who has recently left his position in the White House and intends on continuing to support the POTUS agenda to Make America Great Again from outside of the administration. David will ask Dr. Gorka the hard questions regrading accusations that he is affiliated with antisemitic parties and we will get direct answers from the source. We will also speak about the move of the US embassy to Israel’s capital city Jerusalem. Will that happen and when?

A Hebrew in the Heartland 05Sept – PODCAST 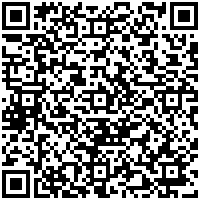