The leader of the American Nazi Party has come out with a statement that is making Republicans and their supporters even more nervous than they already are.

Rocky Suhayda proclaimed on his recent radio show that a “Donald Trump White House” could present a “real opportunity for people like white nationalists” to build a pro-white political caucus.

Suhayda predicted during the show that Democratic opponent Hillary Clinton would lose the election to Trump, according to a report by BuzzFeed.

“I think it’s gonna surprise the enemy, because, I think that they feel that the white working class, especially the male portion of the working class, and with him his female counterparts have basically thrown in the towel,” Suhayda said. “Given up hope of any politician again standing up for their interests.”

Although he has publicly denounced racism and anti-Semitism a few times, Trump’s unwillingness to directly confront attacks by neo-Nazis and white Supremacists has seriously shaken his support among Republican Jews.

Many white nationalists have directed internet vitriol towards Israel and at Jewish journalists covering the presidential campaign, and the activities of Jewish politicians. Trump has failed to denounce any of those attacks. 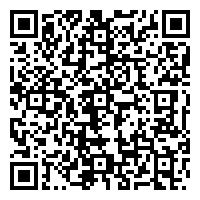