“No one has territorial claims in space. It belongs to us all,” Benjamin Krasna, Bureau Head for Asian and Economic Affairs at Israel’s Ministry of Foreign Affairs told the U.N. Tuesday, “The Israeli Space Agency is focused on just this kind of peaceful outer space cooperation as it promotes innovative scientific projects based on international collaboration.”

Krasna described the exciting potential behind the new SpaceIL venture as it attempts to build the first Israeli spacecraft to reach the moon as a contestant in the international competition Google Lunar XPrize, which sees participants from around the world compete for a chance to land unmanned spacecraft on the moon, and emphasized Israel’s satellite capability. “Israel stands at forefront of science, human ingenuity and innovation. We are proud to be among eleven countries that have space-launch capability and the over sixty countries that own and operate approximately 1,200 active satellites”.

Earlier this month, Facebook announced that it will use the Israeli AMOS-6 communications satellite, manufactured by Israel Aerospace Industries to provide Internet access to Sub­ Saharan African nations as part of its intemet.org project. The new satellite will be launched in the second half of 2016 and will help connect those in the developing world to the opportunities offered by modern communications technology.

Krasna evoked David Bowie’s Major Tom and Buzz Lightyear to the Fourth Committee of the U.N. General Assembly before describing a main objective of Israel’s National Civil Space Program: to position the State of Israel amongst the five leading space faring nations. He stressed the importance of an agreement signed just last week between Israel and NASA, where NASA Director Charles Golden said “Israel is known for its innovation and technology, and this agreement gives the opportunity to cooperate with Israel on the journey to Mars.” The agreement was signed at a historic Space event held in Jerusalem, the 66th annual International Astronautic Congress.

The Congress, attended by 85-year-old Edwin Eugene (“Buzz”) Aldrin, second man to walk on the moon and the inspiration behind Buzz Lightyear, brought the heads of nearly 40 national space agencies, researchers, policy makers, former astronauts and cosmonauts, parliamentarians, students and exhibitors from 70 countries including the Persian Gulf, Jordan and Egypt, to Jerusalem.

“Israel has made significant contributions to abilities in space, so it’s only natural that we hosted the largest scientific conference in this field”, said Krasna, “We were glad to be a place for the world space community to convene, enabling the participants to complete joint projects for the good of science and mankind.” 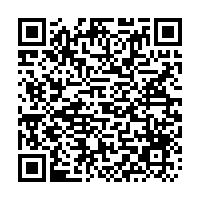