The rabbi was struck near the crosswalk on Empire Boulevard and Balfour Place while standing and waiting for a ride to the yeshiva, Crown Heights.info reported. According to the report, a livery cab driver struck the rabbi while reversing out of a parking spot.


Although emergency responders arrived immediately and rushed him to nearby Kings County Hospital, he passed away shortly after.

Rabbi Rapp served as a Mashgiach and Mashpiah (administrator and spiritual guide) in Tomchei Temimim Yeshiva in the World Lubavitch Headquarters at 770 Eastern Parkway.

The rabbi was a beloved and prominent figure in the community. He often quoted the views of the Lubavitcher Rebbe on the importance of keeping Israel safe by refraining from negotiating land swaps for peace.

He is survived by his wife, Fayge, and their children Chaya Mushka Moskowitz, Chanie, Yossi and Shneur Zalman, all of Crown Heights. He is also survied by his elderly mother, who lives in Israel. 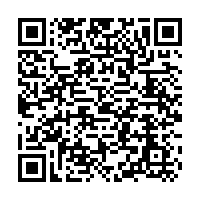