In September 2012, vandals painted graffiti and vandalized a monastery in Latrun.

At the time, speculation went wild as to who did it, and of course, settlers were immediately blamed, despite the lack of evidence.

In July 2013, Moshe Orbach, a 22 year old man from Givot HaShomron was arrested and held for 9 days, accused of the crime.

But for the past year and half the police investigation went nowhere.

On Thursday all charges against Orbach were dropped and his file officially closed, after police found no evidence that actually linked Orbach to the crime.

Orbach’s lawyer from Honeinu said this is yet another example of an irresponsible police fishing expedition that led nowhere, except to more false arrests instigated by political and media pressure.

Orbach is considering suing the police for false arrest. 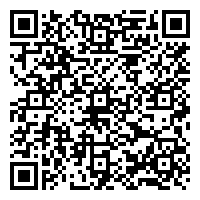