One of Israel’s most influential business conferences, the 12th Go4Israel Conference was held this week on Tuesday, October 27th at the Hilton Tel Aviv, and placed particular attention on China. Over 1,000 participants took part in the conference including international and local entrepreneurs, investors and business leaders.

“The conference reflects Israel’s role in bringing the world’s West and East economies together. With an increasing presence of China in Israel’s business scene, we can help enhance global relationships between investors and entrepreneurs, mainly from Europe, China and Israel,” said the French-born Edouard Cukierman, the chairman and founder of Cukierman & Co. Investment House, which organized the conference along with its private equity fund, Catalyst Fund. Cukierman & Co. Investment House Ltd. heads Israel’s largest investment team and has been involved for the past 20 years in raising €4 billion in transactions, much of it for Israeli startups and mature companies.

“Israel has always been the center of attraction for investors and entrepreneurs from around the world,” Cukierman added.

Hong Kong property tycoon Ronnie Chan agrees. Chan, chairman of the Hang Lung Group, received the Go4Israel achievement prize at this year’s Go4Israel conference in honor of his contribution to strengthening the business and political relationship between China and Israel.

Chan, a devout Christian, has been visiting Israel frequently in the past 36 years and has brought many delegations of major Chinese business leaders and entrepreneurs to introduce to Israeli high-tech companies.

A featured speaker at the conference and one of the participants in the Go4China panel, Chan spoke of what initially sparked China’s interest in Israel. “Chinese businessmen are intrigued by Israel, both Christians and atheists. The book, Start-Up Nation, was read widely throughout China and really did a lot for Israel,” Chan said during a panel discussion about the rise of China in Israel’s business agenda.

According to Cukierman, China has acquired $7 billion in Israeli assets in the past three years.

“We are firm believers of combining two market places – China and Israel, together,” said Shengyan Fan, the managing partner of the Catalyst CEL Fund, a joint venture between China Everbright Limited and Cuckierman, during the panel discussion. “I’m really happy to be here – I’ve been to Israel many times in the last two years and look forward to achieving mutual goals together,” she said.

Other panel discussions dealt with the place of Europe in Israel’s business agenda, opportunities and risks in the global and local real estate market, and the image of Israel abroad.

Chan related that during the past summer war, a Chinese delegation of businessmen had visited Israel. “Even with Hamas firing rockets, not one member of the delegation wanted to leave,” said Chan. “They were too intrigued by Israel. These businessmen have become Israel’s friends for life now.” 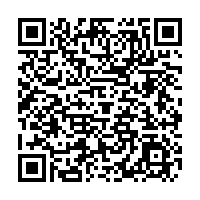