Europe’s first Jewish divinity program at a state university opened in Germany at the University of Potsdam outside Berlin.

The School for Jewish Theology, which launched Monday, is being called a groundbreaking development in the German university system, which until now has only subsidized Catholic and Protestant theological training programs. Islamic programs also were introduced recently.


“The light of history now shines on Potsdam,” Johann Hafner, dean of the Faculty of Arts at Potsdam, said in a statement, “because it is the first time that confessional studies of Judaism at a state university are possible at an academic level.”

With 47 students enrolled in its first class, the program is oversubscribed, Rabbi Walter Homolka, rector of the Abraham Geiger College and chairman of the Leo Baeck Foundation, told JTA.

The academic program, which is part of the Faculty of Arts, is open to students of all backgrounds pursuing bachelor’s and advanced degrees in Jewish theology. All the instructors are Jewish.

Homolka told JTA the state is investing “easily 2 million euro [$2.7 million] annually” in the theology school to cover six new professorships and the refurbishing of its own building on the university’s Neue Palais campus. Funding is coming from the German federal government and the state of Brandenburg along with the Central Council of Jews in Germany.

Jewish students can pursue ordination as rabbis or cantors at the other programs associated with the university: the Reform, or Progressive, Abraham Geiger College, launched in 1999; and the Conservative Zacharias Frankel College, which opened to applicants this week. 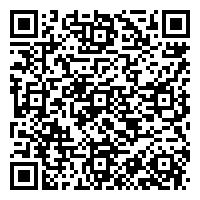