The Egyptian researcher spoke to psychology students at Haifa University on co-existence. One Arab student shouted, “You are dancing on the blood of martyrs.”

Arab students at the University of Haifa face a disciplinary hearing for calling a world-renowned Egyptian religious researcher a “Zionist collaborator.”

One heckler yelled, “Talk to the Dawabsheh family about coexistence,” referring to the arson-murder of  Arab parents and their baby three months ago in a Palestinian Authority village.

Arab students, including from the anti-Zionist Balad party and who are known to the University for their Radical Views, shouted:

The blood of martyrs is spilled and in the end you get a middle finger. They should stop the colonization in Palestine, they are silencing us.

You should be ashamed of yourself, the Zionists are protecting you. You came here to support colonization. You are dancing on the blood of martyrs.

Why do you come here? You have no respect. Go fix the situation in Egypt.

The lecturer who brought Dr. Salem to speak filed a complaint with the university’s disciplinary committee, and the university commented that it “deems this matter to be very serious and the students will be sent to a disciplinary hearing. We will not tolerate such behavior which affects the normal process of study and research.” 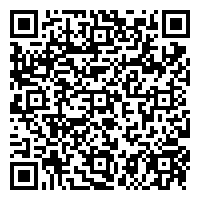