The Code Red incoming rocket alert siren wailed its way from Ashkelon to Ramat HaSharon very early on Tuesday morning, dragging mothers and their sleeping babies out of bed and into the shelters.

After a long day of intensive rocket fire that went late into the night, Gaza terrorists woke Israelis along the coast at 6:30 am with a new round of rocket and missile attacks.


In Ashkelon, the Iron Dome defense system intercepted only one of the missiles.

Another managed to pierce the protection of the anti-missile defense system, with tragic results, leaving four homeless, and wounding 32.

In general, the Iron Dome system seems to be making fewer interceptions at this point than it did in the earlier stages of the war, although it is not clear why. Each interception saves lives. Each lack of an interception results in disaster. In Ashkelon on Tuesday, dozens of people aid the price.

The missile exploded directly on a home in the coastal city of Ashkelon. Four family members inside the house – two parents and children ages 14 and 17 – were heading for their safe space when the missile struck directly above the parents’ bedroom, but miraculously were physically unharmed, although shaken by the incident. A main water pipe outside the home was badly damaged by shrapnel from the attack, and several homes around the home that was hit were also damaged.

Six people were physically wounded by flying glass, including three small children. More than two dozen others suffered severe shock and had to be evacuated to the city’s Barzilai Medical Center for treatment.

The rocket launched at Ashkelon was was a new type of short-range 136mm rocket, according to Reshet Bet.

The Izz a-Din al-Qassam Brigades military wing of Hamas claimed responsibility for the attack, saying it had “fired R-160 rockets at Haifa and four M75 rockets at Tel Aviv in response to attacks on multi-story buildings” in Gaza.

Since midnight Sunday, Gaza terrorists fired at least 130 rockets and missiles at Israeli civilians. Of those, 16 were intercepted by the Iron Dome anti-missile defense system – far fewer than in previous weeks.

By 9 am Tuesday, the usual barrages of rocket fire aimed at Gaza Belt communities had also resumed. One of two Qassam rockets that exploded in the Eshkol Regional Council district landed within a community there, damaging a building. 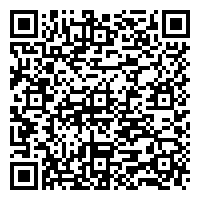