Both Da’esh (ISIS) and Hezbollah are tapping into the cyber industry as a means of ensuring the next generation is indoctrinated into its philosophies from the youngest possible age.

Da’esh released a new mobile app via the ‘Telegram’ chat system that is designed to teach very young children the alphabet in Arabic.

The objects with which the letters are learned, however, are anything but childish. For example, the letter “Ba” is used with “Bunduqiya” – meaning “rifle” — according to a post on the blog of the New York-based Anti-Defamation League (ADL).

The Lebanon-based Hezbollah terrorist organization is doing the same thing, according to the ADL. Hezbollah has created several online video games for children, allegedly “to strengthen the culture of resistance.” Among the games are “Special Forces,” and “Special Forces II,” which feature events from the terror group’s 2006 war with Israel. Other more recent, updated games are called “Invaders Graveyard,” “In the Heart of the Enemy” and “House of Spider.”

A 2013 review of the Hezbollah video games for 11 year olds, written by a professional gaming site called “Hardcore Gaming 101″ exists on the internet, and can be accessed by clicking here.   The reviewer rates the video game on its technical merits and lack thereof, and points out that the game is only available by making a phone call, and via a purchase – which would thus count as financial support to Hezbollah.

In addition, last month the Al Manar media arm of Hezbollah launched a new iPhone app called “Trust News.” Al Manar is now listed by the United States as a “specially designated global terrorist entity,” as is Hezbollah itself. The app streams the Al Manar live television broadcasts and social media platforms, as well as the latest speeches by Iranian-backed Hezbollah leader Sheikh Hassan Nasrallah, who stays safely tucked away in a hidden underground bunker.

ADL said it has notified Apple about the source of the new app, which does not reveal its connection to Al Manar or Hezbollah. 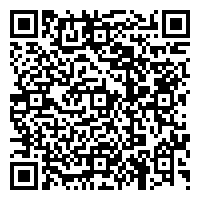