The terrorist who attacked an Israeli group in Istanbul on Saturday followed them from the moment they left the hotel that morning before detonating his suicide vest, according to the area’s security cameras.

At least one and possibly as many as four Turkish terrorists followed the group of 14 Israeli tourists from their Besiktas hotel to Istiklal Street before launching the deadly attack that killed and maimed dozens. Three of the Israelis, two with dual U.S. citizenship, were killed and the rest of the group members were injured in the blast.

A total of four people were killed and 39 others were wounded, among them 11 Israeli citizens. Four people remained hospitalized in Istanbul Monday in critical condition, according to the Daily Sabah newspaper. Turkish intelligence officials said after examining security footage in the area, the Israelis — who were on a culinary tour — had been followed that morning from the time they left their hotel.

The terrorists faded back into an alley as the group stopped at a restaurant to have breakfast, according to a report published on the Turkish-language Haberturk news site.

Minutes after the group resumed its tour after breakfast, Mehmet Öztürk detonated his suicide vest. DNA testing confirmed the suicide bomber’s identity; he was a resident of the Turkish town of Gaziantep, and a Da’esh operative of the Islamic State terror group.

Turkish police continued searching on Monday for three other alleged Da’esh terrorists, according to the Daily Sabah. The suspects are believed to be planning further attacks in the wake of Saturday’s suicide bombing.

Photos of the three suspects, Haci Ali Dumaz, Savas Yildiz and Yunus Durmaz, were published in the newspaper in hopes that citizens might see and identify them to police. All are Turkish nationals. Police said the suspects have been given instructions to “carry out further attacks in crowded areas, primarily in Istanbul.”

Yildiz was initially believed to have been the operative who blew himself up in Saturday’s attack. The bombing was the sixth in Turkey since last July, the fourth perpetrated by ISIS. Two others were carried out by the outlawed Kurdistan Workers Party, the PKK terrorist organization. 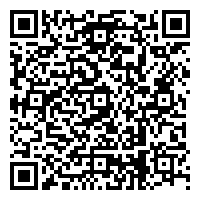