State Prosecutors handed down an indictment against Ahmed (Amad) Shourbaji, a 23-year-old resident of Umm el-Fahm who is accused of training with rebel groups in Syria, the Hebrew-language NRG website reported.

The website said Shourbaji confessed under interrogation, to entering Syria illegally in order to join armed groups seeking to depose the regime of dictator Bashar al-Assad.


The incident is not the first time Arab citizens of Israel have been accused of crossing the Syrian border to participate in that country’s civil war. Israeli law prohibits Israeli citizens from visiting enemy countries. Exceptions are available, particularly for Arab citizens who have family in those countries.

But illegal entries have been common. Arab Knesset members routinely use their parliamentary immunity to participate in anti-Israel demonstrations. In 2007, former MK Azmi Bishara fled the country ahead of an indictment for for alleged espionagee on behalf of the Iranian/Lebanese terror group.

More recently, Israeli Arab journalist Majed Kiyal was arrested in April upon entering Israel from Jordan, after he allegedly attended a conference in Beirut, Lebanon. And in 2013, residents of Majdal Shams, the Druze town in the Golan Heights that is located alongside the Syrian border, told this reporter in 2013 that “everybody” in the town either has a family member or knows someone that has smuggled across the border to take part in the fighting.

Shourabi is accused of joining a group called “The Army of Muhammad.” His training is believed to have included training on a variety of weapons. Shabak investigators that Shourabi joined a radical group called “The Islamic State of Iraq and Syria.” They believe he received advanced training in the use of light and heavy weapons, and participated in several battles against government troops

Spokespeople for the Shabak security service said, “The phenomenon of Israeli Arabs going to Syria presents a tremendous threat to the State of  Israel. There are several reasons for this: The Syrian theater is thriving with activity that is hostile to Israel, with an emphasis on a variety of international jihad groups.

“The military training that Israeli Arabs undergo there, alongside their exposure to radical ideologies… Above all there is the possibility that these people will be taken advantage of by terror groups to conduct military actions against the or in order to obtain intelligence information about targets in Israel. 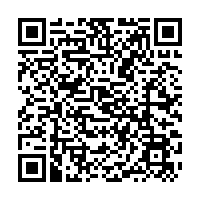