Oscar-winner “Into the Arms of Strangers: Stories of the Kindertransport” has been selected for permanent preservation in the Library of Congress by the National Film Registry.

The film, released in 2000, documents the rescue of some 10,000 predominantly Jewish children from Nazi-dominated Germany, Austria and Czechoslovakia in the months leading up to World War II.


All of them found refuge in Great Britain, but many were scarred by separation from their parents, most of whom subsequently perished in the Holocaust.

Deborah Oppenheimer, producer of the documentary and herself the daughter of a survivor of Kindertransport, or Children’s Transport, said: “With the passing of so many eyewitnesses to that tumultuous period, the preservation of the film will recognize for all time the tremendous resilience of the children, the courage of their parents who were willing to entrust them to strangers, and the compassion of the British families who took them in at a time when so few would help.”

Mark Jonathan Harris, the film’s director, noted, “This recognition is a tribute to the character of our subjects as much as it is to our film. I know that those [survivors] who are still alive will be gratified that their wrenching stories will be preserved for generations to come and that others may be inspired by the courage and resilience they displayed in the face of harrowing circumstances.”

Each year, the Registry adds 25 feature films, documentaries and even home movies judged to be historically, culturally and aesthetically important enough to preserve for future generations., 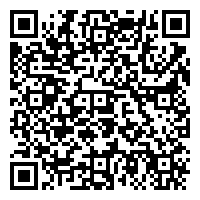