Rebellion in the Likud ranks: On Wednesday, MK Yehuda Glick announced his plan to petition the Supreme Court against Prime Minister Benjamin Netanyahu over the latter’s barring of Knesset members and cabinet ministers from ascending too the Temple Mount, Srugim reported. The prohibition has taken effect close to the start of the current wave of terror, dubbed “the Al Aqsa intifada” by the Arabs, who claim to have started the violence in response to a Jewish conspiracy to destroy the Temple Mount mosque.

A suit by a rank and file MK against the leader of his party is extremely rare. Should Glick persist with his petition he is likely to be sanctioned by his Knesset faction, the Likud, and be barred from speaking from the podium and submitting bills. He might also be dismissed from the Knesset, should the leadership be able to enlist sufficient support from the members. He could also be tried by the Likud internal court.


Before assuming the legislator’s mantle, Glick made his living as tour guide on the Temple Mount, and in October 24 was the victim of an assassination attempt because of his promotion of Jewish access to the holy site.

This is the second time Netanyahu has blocked MKs from entering the sacred compound. During the 19th Knesset, the PM prevented MKs Uri Ariel and Shuli Mualem (Habayit Hayehudi) and Moshe Feiglin and Tzipi Hotovely (Likud) from ascending. The reason Glick is irate this time is the fact that Jerusalem police have announced they no longer see the need to stop MKs from entering the Temple Mount, but Netanyahu persists in his refusal to open the gates to them.

When he became a member of Knesset, about half a year ago, Glick justified the prohibition, which was pinned on attempts by Arab MKs to stir up riots on the Temple Mount. The last time Glick has been to the site was on the day before his swearing in as MK. 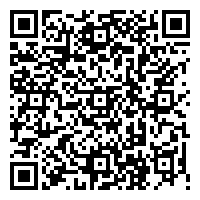