The group has grown from a terrorist organization into a powerful guerrilla military force trained, equipped and funded by Iran. It fields cabinet ministers and parliamentarians from a mammoth political machine that has prevented the country from electing a new president for more than a year.


Although built by the Lebanese Army it is clear the new watchtowers, situated on the Lebanese side of the border, can see into Israeli towns and kibbutzim as well as Israeli military bases on behalf of Hezbollah — if not with its own personnel.

United Nations Security Council Resolution 1701 – the cease-fire agreement that ended the 2006 Second Lebanon War – prohibits weaponry in this area, which is supposed to be a demilitarized zone.

The watchtowers provide a bird’s eye view of what is happening in Israel’s military and civilian fields and roads as well. But the Israeli army is monitoring the situation, according to the IDF Spokesperson’s Unit. “There is no change in the security situation,” said a military spokesperson on Monday (May 23).

It took barely a month to build the towers, according to a resident of Moshav Zar’it who spoke with Ynet and who said three such watchtowers are within sight of nearby Kibbutz Admit.

Another overlooks Kibbutz Hanita, according to security coordinator Erez Adar, who told Ynet the structure is less than a third of a mile away. “We are worried about getting shot at from the tower as it’s so close.

“While the Lebanese Army may be the ones in the tower for now, it’s clear that during the next war, these positions will be manned by Hezbollah.” 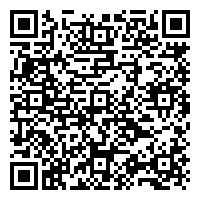