The latest distribution of mock eviction notices being distributed in the dorm rooms of students – primarily Jewish – in order to inflict upon those American students what they claim are the “horrors of life” for Palestinian Arabs took place at New York University on Wednesday evening, April 23.

The mock eviction notices were distributed in Palladium Hall, a dorm at NYU which most students acknowledge is known for having a heavy representation of Jewish students.

These notices misrepresent reality and are a cowardly method of harassment. It allows anti-Israel students and their leadership both to make themselves feel as if they are actually doing something constructive and also to make life unpleasant for Jewish students. It has happened at enough campuses –  half a dozen others already this year alone – that one would expect university leadership would be fully prepared to respond quickly and effectively.

But if you were expecting that, you’d be wrong.

NYU students at Palladium Hall woke up early on Thursday morning and found the mock eviction notices in their rooms.

A current NYU student, Laura Adkins, wrote about the matter in a blog at the Times of Israel. Variations of the story appeared throughout the day, including at the influential legal blog, Legal Insurrection.

The Jewish Press reached an NYU spokesperson mid-afternoon on Thursday and was told the school was still “investigating and preparing a statement.”

WERE JEWS BEING TARGETED BY THE LEAFLETS?

When the school finally released its official statement late in the day, the school insisted that it did not believe that Palladium Hall was targeted because it has a disproportionately large number of Jewish students (the presence of a Sabbath elevator in the building was explained by a stairway issue and security concerns).

It is unclear why the flyering took place in this particular dorm; we don’t believe there is perception of this dorm as having an a high percentage of Jewish students (the presence of a Sabbath elevator is the result of a stairway that empties to the street and cannot be entered through the lobby behind the security desk, not because of a disproportionate presence of Jewish students in the building).  However, were it to be the case that the flyering was done there because it was perceived be a dorm with a higher proportion of Jewish students, that would be troubling, dismaying  and a matter of deep concern for our community.

Lentz insisted that the research done by NYU revealed that Palladium is not known as a dorm known as having a large Jewish population. Students and hard evidence prove otherwise.

While NYU went to some length to explain away the existence of a Shabbat elevator in Palladium, a simple visit to the building would have revealed that it is there to serve the Jewish population in the building.

Adkins, an economics major from Springfield, Missouri who is the vice president of TorchPac, NYU’s pro-Israel advocacy organization, said that as long as she has been on campus Palladium has had, and is known as having “a large Jewish population,” even for NYU, which itself has a large Jewish population. It is listed as number one in the “Top 30 Private Universities by Jewish Population,” according to a 2013 Hillel survey. NYU’s Lentz was adamant that the school does not keep information about student housing location by ethnicity, which is good, but ignoring the facts on the ground is hard to understand. 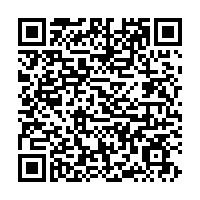