Even worse, Sterling’s alleged comments were circulated by the TMZ website on the eve of Holocaust Remembrance and Memorial Day.

And who ever denied that Jews are their own worst enemies?

Details of the reported exchange between Sterling and his mistress are reported below, but the gist of it is that blacks are inferior, and even black Jews are inferior to white Jews.

At a press conference in Malaysia, where President Obama is touring as part of his Asian tour, he was asked to comment on Sterling’s alleged remarks.

Obama stated, “When ignorant folks want to advertise their ignorance, you really don’t have to do anything; just let them talk….. I am confident that the NBA commissioner Adam Silver, a good man, will address this…. “

Silver said Saturday, “All members of the NBA family should be awarded due process, which is why I’m not yet prepared to issue any potential sanctions against Donald Sterling,. We will move extraordinarily quickly. We plan to have this wrapped up in the next few days.”

Sterling denied he is a racist and told TMZ, “We have heard the tape on TMZ Sports. We do not know if it is legitimate or if it has been altered. We do know that the woman on the tape — who we believe released it to TMZ Sports — is the defendant in a lawsuit brought by the Sterling family, alleging that she embezzled more than $1.8 million, who told Mr. Sterling that she would ‘get even.’”

Sterling’s former wife, Rochelle Stein, wants few things that her former husband allegedly gave Stiviano, such as a 2012 Ferrari, two Bentleys and a 2013 Range Rover. They were allegedly paid for from community property money without her permission.

The fuss over the reported exchange between the two already has convinced Sterling not to make matters worse and to stay away from the next few Clippers’ games.

The U.S. Department of Justice sued Sterling in 2006 for housing discrimination in using race as a factor in filling some of his apartment buildings. The suit charged that Sterling refused to rent to non-Koreans in the Koreatown neighborhood and to African Americans in Beverly Hills.

Sterling agreed to pay a fine of $2.73 million to settle claims brought by the Justice Department and others and also was ordered to lawyers’ fees that amounted to nearly $5 million.

Donald “I am not a racist” Sterling was sued in 2009 by a former Clippers official for employment discrimination, allegedly telling his executive Elgin Baylor that he wanted to fill his team with “poor black boys from the South and a white head coach.”

With that kind of history, why would the Los Angeles chapter of the National Association for the Advancement of Colored People (NAACP) plan to award Sterling for a second time with its lifetime achievement award next month?

Indeed, that is what it intended to do until the report of the audio finally convinced the NAACP to find someone a bit more deserving.

Below are some of the juicy quotes from the alleged conversation between Sterling and his mistress, but it is not less disturbing that no Jewish leader has publicly said that Sterling’s romantic adventure is a role model for decadence and assimilation. 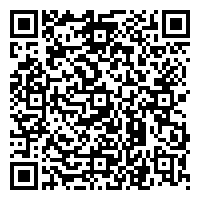