Trinidadian businessman Jack Warner, one of nine indicted in the United States Wednesday for bribery charges, blamed “Zionism” in 2011 for his departure as vice president of FIFA after being charged with receiving cash gifts..


U.S. Attorney-General Loretta Lynch charged Warner and eight others for abusing “their positions of trust to acquire millions of dollars in bribes and kickbacks.”

Among other things, Warner began to solicit and accept bribes in connection with his official duties, including the selection of the host nation for the World Cups held in 1998 and 2010, which he participated in as a member of the FIFA executive committee.

He spent last night in jail after a delay in processing bail of $395,000 set by a court in Port-of-Spain after his arrest.

Warner, a former parliament member in the Trinidad-Tobago nation, is slated to be extradited to the United States for court proceedings.

Lynch said that FIFA officials “were expected to uphold the rules that keep soccer honest, and protect the integrity of the game. Instead, they corrupted the business of worldwide soccer to serve their interests and enrich themselves.”

If there were a law against intellectual corruption, Warner would have been arrested, retried and sentenced in 2011, when he left his position of FIFA vice-resident to escape FIFA sanctions.

A FIFA investigation at the time concluded that Warner and other officials, including Bin Hammam of Qatari, were involved in cash payments before the election of the president of FIFA.

Warner wrote local newspaper in Trinidad that he would talk about the charges, and added:

I will talk about the Zionism, which probably is the most important reason why this acrid attack on Bin Hammam and me was mounted.

No charges were brought against Warner after he quit his post, but he continued to whine and accused FIFA of trying to “muzzle him.”

If ‘Zionism” was the reason for his down fall in 2011, perhaps this time he will blame  the “occupation,” the same term used by Palestinian Authority FIFA official Jibril Rajoub to justify his appeal to the soccer organization to expel Israel.

Let’s try to adopt the anti-Israel mind-set and understand its “logic”:

Israel is struggling to defeat Palestinian Authority attempts to expel it from FIFA, so it collaborated with the United States to trump up bribery charges against FIFA officials to show that they are corrupt, thereby weakening Rajoub’s efforts to oust the Zionists from the soccer organization.

It all is an American-Zionist conspiracy., the same one that is to blame for Arafat’s death and Israel’s disproportionate number of Nobel Prize winners. 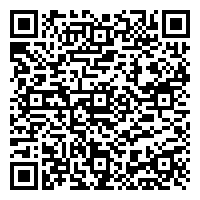