A conservative columnist known for his anti-Israel views has again struck out against the Jews in Turkey.

Writing in the Yeni Akit, a major Turkish publication chain which closely supports the AKP party of President Recep Tayyip Erdogan, Faruk Kose called on the government to tax the country’s Jews to rebuild Gaza.


In fact, wrote Kose, Turkey should impose the “Gaza Fund Contribution Tax” on tax any Jews having anything whatsoever to do with the country. Or, for that matter, on anyone tied to Israel.

Foreign Jews doing business in Turkey, Turkish nationals who do business with Israel, Turkish Jewish citizens, any corporation, company or business that has any connection or maintains a partnership with a Turkish Jew – in short, anyone with any tie or connection with a Jew anywhere, or with Israel – should be taxed. Failure to pay the tax should lead to revoking one’s business license, and seizure of the offender’s property.

“The reconstruction of Gaza should be paid for by Jewish business owners,” Kose wrote.

The link to Kose’s column may be found by clicking here. Does any of this sound familiar, history buffs?

U.S. President Barack Obama discussed the growing anti-Semitism in Turkey when the two leaders met Sept. 5 in Wales on the sidelines of a NATO conference to discuss tensions between Russia and Ukraine. The President and President Erdogan talked about the importance of building tolerant and inclusive societies and combating the scourge of anti-Semitism,” a White House statement said, in describing the meeting between the two.

But it’s highly doubtful that Erdogan would be influenced by anthing Obama has to say. The Turkish president has a long and illustrious history for publicly exploding in rage against the Jewish State every time Israel has decided to defend itself against attacks emanating from Gaza, which since 2006 has occurred about every two years.

This past summer Erdogan told reporters – and Turkish citizens – that [Israelis] “have no conscience, no honor, no pride. Those who condemn Hitler day and night have surpassed Hitler in barbarism.”

Fellow AKP parliamentarian Samil Tayyar tweeted to Turkish Jews in a message during Operation Protective Edge this summer, “Let your race be finished off, and may Hitler never be too far away.”

A popular Turkish singer, Yildiz Tilbe, also praised Hitler in a post on Twitter, “If God allows, it will be again Muslims who will bring the end of the Jews, it is near, near.” On her official @YildizzTilbee account, she tweeted, “They (Jews) are hostile to Allah and all prophets including their own prophet Moses.” In a third tweet she wrote, “May God bless Hitler.”

Last year then-Prime Minister Erdogan stopped short of outright blaming the Jews — but instead, blamed the “interest-rate lobby” (a code word for Jewish financiers and media owners) for being among the major culprits behind the mass civil protest over Gezi Park renovations that spread from Istanbul throughout Turkey. Erdogan claimed the protests were aimed at destroying the Turkish economy and his government along with it. Eventually one of the ministers in his government slipped and told reporters that “international Jewry” was one of the groups behind the nationwide protests that went on for weeks.

When the Muslim Brotherhood-backed Egyptian President Mohammed Morsi was deposed in a coup, that event was also blamed on a “Jewish conspiracy.” Some Turkish members on the Twitter social media site even claimed that those who were shooting protesters were not really Muslims, but Jews. Eventually, Erdogan joined them and accused Jews of masterminding the coup.

Anti-Semitic attacks are rising in Turkey, and the venom against Jews being spewed in the press is feeding the frenzy. Despite a lukewarm call from Erdogan not to carry out attacks against the 17,000 Jews who still remain in Turkey, it is clear his one sop to world politik is greatly outweighed by his passionate anti-Semitism. Equally clearly, his constituents know it – and support it. 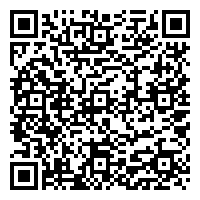