The identities of the two terror victims from this morning’s attack have been released.

The 60-year-old woman has been identified as Levana Malichi of Jerusalem. She leaves behind three children and six grandchildren. Malichi worked in the Knesset for 30 years before retiring in 2010. She will be buried on Sunday evening.


The police officer has been identified as 1st Sergeant Yosef Kirma (29) from Mevasseret Tzion. He leaves behind a wife, his parents and two brothers.

He joined the police force 4 years ago, and served in the Yassam unit.

Last December, while on patrol in Jerusalem, he noticed and arrested an Arab man acting suspiciously near a nursery school. The man was holding a knife and planned to commit a terror attack. He was awarded a medal for his actions.

Kirma’s funeral will be held at 5:30 PM in the police section of the Mount Herzl cemetery. 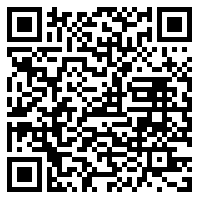