The Bark Mitzvah is a celebration that’s held when one’s dog turns 13 months or 13 years of age, or any age in between. To signify the ties that bind one’s dog to one’s Jewish roots, during the Bark Mitzvah the dog would wear a tallit (bitches too!), and a yarmulke. But it’s really tough to put a pair of teffilin on a dog, unless it’s a Great Dane.


Celebrity pet hairstylist and pet entertainer Lee Day has been performing Bark Mitzvahs since as early as 1972, for many celebrities, including Joan River’s dog Spike. Her website recalls that in attendance at the sacred ceremony were Geraldo Rivera & his wife, Betty White, Linda Dano, and others.

Here’s what you get if you register your dog for a Bark Mitzvah: A scroll, a Jewish Prayer to bless the event in Yiddish, a “Yamakah” (that’s how she spells it), a Tallis and a Pen (apparently, in some cases she also ordains your dog if he or she passes the quiz).

Rabbi Fred Schwalb held the third annual ceremony celebrating and blessing the pets in the congregation. Inspired by the Christian ceremony of the Blessing of the Animals, Schwalb, who has led the Shenorock synagogue for almost a decade, said the event is a simple way to honor dogs, cats and other pets.

Rabbi Schwalb told The Daily Voice that he had come up with the idea a few years ago, “to remind those in the congregation about the importance of family and community.”

“People very much look forward to it every year,” he said. “It shows you how much people value their pets and I think it’s always nice to see that reminder of the value of community and coming together.”

The proud owner of two American Short Hair cats, I’m relieved no one has come up with a Miaow Mitzvah so far, although I’ve seen references to Cat Mitzvahs. Our cats will never be put through one of those, even though they are strict Shabbat observers (especially the Tuxedo male, Sylvester), and sniff the Bessamim devotedly during Hvadala.

“I think we have a lot of animal lovers in our congregation,” said Diane Karsch of Hebrew Congregation of Somers. “Our dog Zeke is a member of the family and he does bring so much to our lives and it really felt nice having that acknowledged by the rabbi and having that be blessed.”

Incidentally, Lee Day has performed a horse wedding, which means that if your favorite horse is showing an interest in his or her Jewish roots, let them tap 13 times and Day will do the rest…

Call it What it is: Islamic Terrorism 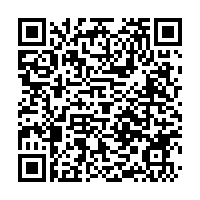