The Levy Commission Report, which examined the legality of Israeli construction in Judea and Samaria, has now been translated in its entirety into the English language.

Although the translation and contents are the product of the Regavim group, the section of ‘Conclusions and Recommendations’ is from the original Israeli Government translation.

International law is not as simple as it first appears with regard to the status of Judea and Samaria, according to the Levy Commission.

If viewed from the eyes of the Palestinian Authority leadership, Israel’s status is that of a “military occupier” and the settlement endeavor is that of an entirely illegal phenomenon, the Commission states in the report. “This approach denies any Israeli or Jewish right to these territories… they claim that the territories of Judea and Samaria are “occupied territory” as defined by international law in that they were captured from the Kingdom of Jordan in 1967.

“Consequently, according to this approach, the provisions of international law regarding the matter of occupation apply to Israel as a military occupier, i.e. Regulations concerning the Laws and Customs of War on Land. The Hague, 18 Octover 1907, which govern the relationship between the occupier the occupied territory, and the Fourth Geneva Cnvention Relative to the Protection of Civilian Persons in Time of War. Geneva, 12 August 1949.”

However, noted the Commission, there exists another legal position as well, “inter alia by the Regavim movement” and by the Binyamin Regional Council.

“They are of the view that Israel is not an “Occupying Power” as determined by international law inter alia because the territories of Judea and Samaria were never a legitimate part of any Arab state, including the kingdom of Jordan. Consequently, those conventions dealing with the administration of occupied territory and an occupied population are not applicable to Israel’s presence in Judea and Samaria.

“According to this approach, even if the Geneva Convention applied, Article 49 was never intended to apply to the circumstances of Israel’s settlements. Article 49 was drafted by the Allies after World War II to prevent the forcible transfer of an occupied population, as was carried out by Nazi Germany, which forcibly transferred people from Germany to Poland, Hungary and Czechoslovakia with the aim of changing the demographic and cultural makeup of the population.

“These circumstances do not exist in the case of Israel’s settlement. Other than the fundamental commitment that applies
universally by virtue of international humanitarian norms to respect individual personal property rights and uphold the law that applied in the territory prior to the IDF entering it, there is no fundamental restriction to Israel’s right to utilize the land and allow its citizens to settle there, as long as the property rights of the local inhabitants are not harmed and as long as no decision to the contrary is made by the government of Israel in the context of regional peace negotiations.”

It was the opinion of the Levy Commission that Israel’s status was not that of a “military occupier” with all that the term
implies, in accordance with international law.

The text of the entire document, in English may be accessed online by clicking here. 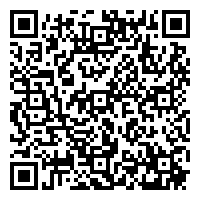