Bill Thompson and Bill de Blasio, desperately vying for the teachers union endorsement scheduled for next week, on Tuesday ditched a mayoral forum that was largely focused on charter schools, leaving the stage to the more moderate candidates in the race – Anthony Weiner and Christine Quinn.

Mr. de Blasio dropped out less than an hour before he was supposed to appear on stage, and Mr. Thompson pulled his RSVP Tuesday afternoon, according to an event organizer.


“We are disappointed that the more than 800 families who came from across the City tonight didn’t get to hear a diversity of opinions because some candidates weren’t able to talk about where they agree and disagree with school reform,” Jeremiah Kittredge, the Executive Director of Families for Excellent Schools who hosted the forum, said in a statement.

“I think they showed a lack of courage. And it’s also insulting to the people who organized this,” said fellow candidate and former City Councilman Sal Albanese, who called the cancellation showed a “lack of class.”

“Unless there’s real extenuating circumstances … I think they’re afraid of facing charter school parents because they may alienate the United Federation of Teachers that is going to make an endorsement very soon,” he concluded.

During the debate, Weiner, the son a school teacher, reveled that he failed freshman math in high school. (“I was forced to walk with my tail behind my legs and ask my mother for help,” he recalled.) 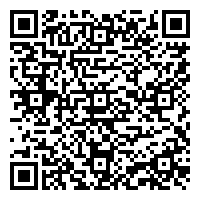