The campaign of Erick Salgado for mayor sent over this photo of Rev. Erick Salgado receiving, Tuesday night, a blessing from Rabbi Yisroel Avrohom Portugal, the Grand Rebbe of Skulen in Brooklyn. In an email to this reporter, Mr. Salgado claimed it was an endorsement of his candidacy as the only social conservative in the race for mayor of New York City.

The Skulener Rebbe, 88, is beloved by every chasidic congregation in the State of New York and worldwide. Rabbi Portugal has close ties with many chasidic rebbes. He heads the Chesed L’Avraham charity organization in Israel, which was founded by his father, and is actively involved – traveling worldwide – in fundraising for it. Most recently, the Skulener Rebbe led the effort to ban the use of the internet without a filter, drawing 60,000 people in a mass rally, last summer, at Citi Field stadium.

When a Meeting Is an Endorsement 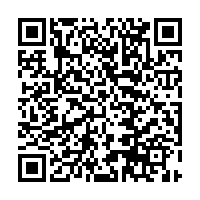