Leftist Billionaire George Soros donated $650,000 to groups lobbying American bishops in favor of “progressive” domestic policies, according to emails made public by Wikileaks. Soros used his Open Society Foundation and Faith in Public Life, two liberal organizations, to use the September 2015 visit of Pope Francis to the US to “shift national paradigms and priorities in the run-up to the 2016 presidential campaign.”

The group DC Leaks has released more than 2,000 documents from groups associated with Soros.


The money was donated in April 2015 and a report on the effort says successful achievements included “buy-in of individual bishops to more publicly voice support of economic and racial justice messages in order to begin to create a critical mass of bishops who are aligned with the Pope.”

“In order to seize this moment, we will support PICO’s organizing activities to engage the Pope on economic and racial justice issues, including using the influence of Cardinal Rodriguez, the Pope’s senior advisor, and sending a delegation to visit the Vatican in the spring or summer to allow him to hear directly from low-income Catholics in America,” another document states.

The document describes Cardinal Rodriguez from Honduras as Pope Francis’ best friend. It continues: “The grant will also support FPL’s media, framing, and public opinion activities, including conducting a poll to demonstrate that Catholic voters are responsive to the Pope’s focus on income inequality, and earning media coverage that drives the message that being ‘pro-family’ requires addressing growing inequality.”

FPL is Faith in Public Life, whose website states: “In preparation for the pope’s visit to the US, we commissioned extensive opinion research about how Catholics respond to the Pope’s prophetic messages and released the poll at the National Press Club. Throughout the trip, FPL coordinated messaging among numerous Catholic groups and did extensive media outreach.”

The Soros document concludes: “By harnessing the Papal visit to lift up the Pope’s searing critique of what he calls ‘an economy of exclusion and inequality’ and his dismissal of ‘trickle down’ theories, PICO and FPL will work to build a bridge to a larger conversation about bread-and-butter economic concerns and shift national paradigms and priorities in the run-up to the 2016 presidential campaign.” 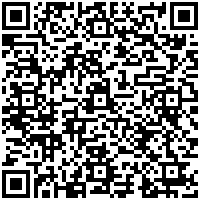