Prime Minister Benjamin Netanyahu warned Wednesday night of a “warlike move by Hamas” after a day of “relative calm along the Gaza border” following his warm address to guests at a reception for the Guatemalan Delegation celebrating the opening of the Guatemalan Embassy in Jerusalem earlier in the day.

Netanyahu’s speech at the event was filled with Biblical references to the ingathering of the Jewish People, the prophets, the destruction of the Jewish Holy Temple 2,000 years ago and the reassurance of Rabbi Akiva that “salvation will come, our people will come back; Jerusalem will be rebuilt.”


The prime minister thanked Guatemala’s President Jimmy Morales for his courage in returning his nation’s embassy to Jerusalem, saying, “Muchas gracias … Today you made history, and you feel that friendship, amistad that goes back 70 years and will continue now into the future. This is what this day is about. It’s honoring the past and seizing the future. We honor the past.”

After his joyful remarks in English, however, Netanyahu then addressed Israelis in Hebrew about the events of the day in the southern region.

“I am happy to say that today, at least, we had a day of relative calm along the Gazan border. That’s good,” Netanyahu said. “It happened because we were properly organized, and because of the determination of the IDF soldiers who are defending our borders.

They are not defending us from some civilian demonstrations,” he pointed out. “This is a warlike move by the Hamas.

“The Hamas spokesperson said today that about 50 of the 60 who were killed are Hamas operatives. We have similar figures.

“That is why Israel will continue to defend itself for as long as necessary and will not allow those who call for its destruction to storm its borders and threaten our communities.

“We will defend the State of Israel,” he said. 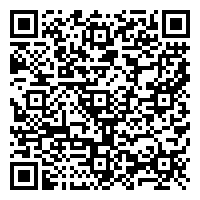