An Israeli traveler who returned from China was admitted at Sheba Hospital near Tel Aviv on Saturday, after it was suspected that he has contracted the Coronavirus that broke out in the city of Wuhan, China, Reshet Bet radio reported. Israel’s health ministry has issued an update saying a number of patients who arrived from China are currently being examined.

The suspected carriers were put in isolation, awaiting lab results. So far, several cases have been examined, most of which came up negative and the patients were released to their homes.

In the case of the patient in Sheba, the Israeli Ministry of Health released an update on Saturday night stating that the patient merely had the flu.

There was another case at Hadassah Ein Kerem Hospital in Jerusalem. The Ministry of Health reported on Saturday night that the results also came back negative.

There is a third case of a Chinese tourist who is currently quarantined in Beit Jala near Bethlehem (and Efrat) within the Palestinian Authority. The status of that patient is still unknown.

Israel’s health ministry expects that in the coming days there will be many suspected cases of Coronavirus in arrivals from China, most of which will likely turn out to be other diseases.

Coronaviruses cause diseases in mammals and birds that include diarrhea in cows and pigs, and upper respiratory disease in chickens. In humans, the virus causes fever, difficulty breathing and coughing – the result of respiratory infections which are often mild, but in rare cases are potentially lethal. There are no vaccines or antiviral drugs that are approved for prevention or treatment.

On December 31, 2019, a novel strain of coronavirus, officially designated as 2019-nCoV by the World Health Organization, was reported in Wuhan, China. By January 25, 2020, 41 deaths have been reported and more that 1,300 confirmed cases.

Meanwhile, the Chinese authorities on Saturday imposed a closure on 18 cities, with an overall population of about 56 million people, for fear of the spread of the coronavirus.

Chinese President Xi Jinping said his country is capable of winning its war against the coronavirus, even though the situation is severe.

Vaccines can take years to develop, and since this virus is brand new, scientists will be starting from square one. No human has had the time to develop the natural immunity we will all need to protect ourselves should we become infected. For now, frequent hand-washing and masks are our best options.

Shanghai Disneyland which has a daily capacity of 100,000, closed down starting Saturday, just ahead of the coming Chinese New Year celebrations.

An Israeli living in Wuhan, China reported on Rotter.net that the city is a ghost town with no one going outside.

According to other reports on Rotter.net, Wuhan houses a bio-warfare capable laboratory, and a Washington Times report, quoting an Israeli military intelligence officer, confirmed there is such a laboratory there, rated for Pathogen Level 4 status research, which is for the most deadly of viruses. 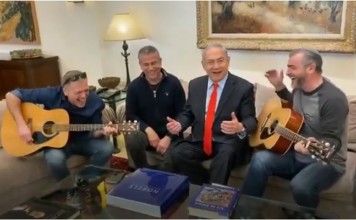 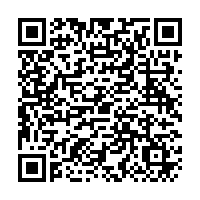