Each weekend over the past 11 weeks, men and women in yellow vests (Gilet Jaunes) blocked traffic and accosted shoppers in Paris. From the start, the same protesters also expressed clear anti-Semitic messages as they were decrying President Macron gas price hikes.

There were the classics, such as associating the Jews with the banks, and the endearing slogan, “You work for the Jews.” Conspiracy videos about the Rothschild family appear on many yellow vest Facebook pages, stressing that Macron used to work for the Rothschild investment bank.


French Journalist Thibaut Chevillard in mid-December described how a bunch of drunken gilets jaunes back from a protest entered a Metro car gesturing the quenelle—a French version of the Sieg Heil, popularized by French comedian Dieudonné M’bala M’bala. A 74-year-old woman approached them, told them her father had been an Auschwitz victim, and asked them to stop. They laughed, informed her the gas chambers never existed, and chanted, “Throw this woman out!”

Nobody stood up for her, Chevillard later tweeted. She got off in silence at the next stop (H/T The New Republic).

Notorious anti-Semitic French personalities have been at the forefront of the Paris Yellow Vest protests, including one Herve Ryssen, with multiple convictions, and, most recently just last week, of Holocaust denial. Ryssen was featured on the cover of the Paris Match magazine, facing police before the Arc de Triomphe.

Jewish-French philosopher Bernard-Henri Levy this month recalled his joy and pride back in January 2015, when a million French citizens marched silently to honor the victims of two Muslim massacres, one at the Charlie Hebdo satirical magazine, the other at the HyperCacher market. The marchers held signs that read ”I am Charlie,” “I am police,” and “I am Jewish.”

Now, Levy noted, referring to the Yellow Vests, “Instead of a million people in the street, today we have thousands of homophobes, xenophobes who are anti-republican, anti-journalist and sometimes anti-Semitic. For these demonstrators, it’s as if the bloodbaths never happened.” 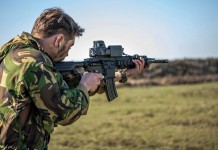 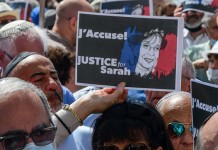 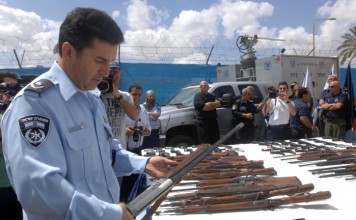