The mandate of the United Nations Interim Force in Lebanon (UNIFIL) was extended on Friday by the United Nations for another year, despite blunt criticism by Israel, pointing out the force has done little to fulfill that mandate.

UNIFIL was initially tasked in 1978 with confirming the withdrawal of Israeli forces from southern Lebanon, and then assigned to “restore international peace and security, and . . . assist the Government of Lebanon in ensuring the return of its effective authority in the area.


“Following the July/August 2006 crisis, the [UN Security] Council enhanced the Force and decided that in addition to the original mandate, it would, among other things, monitor the cessation of hostilities; accompany and support the Lebanese armed forces as they deploy throughout the south of Lebanon; and extend its assistance to help ensure humanitarian access to civilian populations and the voluntary and safe return of displaced persons.”

The force also patrols the international “Blue Line” established as a border between Lebanon and Israel.

Resolution 2539, which was supported by the entire 15-member council, includes a provision for strengthening the reporting mechanism, as well as a condemnation of attempts to limit UNIFIL’s freedom of movement. It is unlikely that the provision has Hezbollah shaking in their boots.

The source from which the gunfire emanated with located precisely between two UNIFIL observation posts; those gunmen could and should have been clearly seen by UN troops, had they been out in the field doing their job.

Following the incident, Israel’s Ambassador to the UN, Gilad Erdan, sent a letter to members of the Security Council today demanding significant changes be made to UNIFIL’s mandate to improve the UN force’s ability to fully access and monitor areas in which Hezbollah operates.

“There is no justification for having an ineffective force operate in territory which Hezbollah is using to arm itself and turn southern Lebanon into a terrorist base.

“Only a significant change to UNIFIL’s purpose and capabilities on the ground can justify its existence,” Erdan wrote.

Erdan warned that Hezbollah’s actions undermine stability in the region and will lead to devastating consequences. He included a map of southern Lebanon showing the areas where Hezbollah tunnels and missile launchers were discovered by Israeli forces, as well as observation posts of “Green Without Borders”, an NGO that Hezbollah uses as a front to observe IDF soldiers.

Israel also drew on data from UN Secretary-General reports that indicated UNIFIL soldiers’ access to these areas are also blocked. 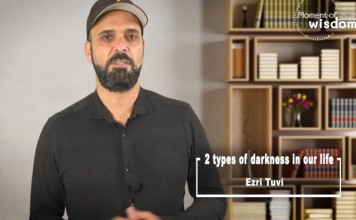 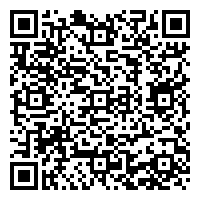