SEE UPDATE AT THE END OF THE ARTICLE

People who have been paying attention know that relations between Israel and Turkey have been eroding, but not many realize that Turkey is now not only openly hostile to the Jewish State, but also to the Jewish people.


On Friday, January 11, a Turkish citizen took a picture which shows exactly how belligerent Turkey has become.  The picture is of a huge poster with the words, “Who Would You Like to Meet if You Could?” and the last name, and only photograph, is of Adolf Hitler.  The other choices include Suleiman I, Mustafa Kemal Ataturk, Napolean Bonaparte, the Beatles, Elvis Presley, Vladimir Lenin, Boris Yeltsin, Leonardo Da Vinci, Arnold Schwarzenegger and Michael Jackson.  But only Hitler warranted a picture, a huge one at that.

According to Edmond, an active Turkish writer and blogger, the sign was placed in the Sapphire Mall by the owners, a group of Turkish businessmen who are devoted to Erdogan. Edmond explained to The Jewish Press that the Sapphire is an ultra-upscale mall in Levent, the wealthiest neighborhood in Istanbul. The Sapphire building is one of the tallest buildings in Europe.

Edmond said that while a few people have complained about the banner – and the management has refused to remove it – most shoppers just glance at it and continue shopping.  Ho-hum, nothing startling or even mildly interesting about a huge photograph of Adolf Hitler hanging in the Turkish equivalent of Via Bellagio in Las Vegas or The Shops at Columbus Circle in New York City.

And it is not only Israel and the Jews towards which Turkey has turned its back.

The Iranian Ambassador to Turkey, Bahman Hussein Pour, discussed the close and ever-increasing Iranian-Turkish relations in an article in the January 14 MehrNews.com, an Iranian news agency.

Hussein Pour pointed out that while Western countries, “especially the U.S.,” have been pressuring Turkey to reduce economic relations with Iran, “Iran-Turkey trade volume exceeds $21b this year for the first time.”  The Iranian Ambassador concluded that Turkish-Iranian relations are irreversible.

In addition to the trade relations between the two countries which has more than quadrupled since 2008, Hussein Pour also explained that “more than 15 Turkish provinces have become sister provinces with Iranian ones.”

The timing of the statements is important, as many had predicted that relations between the neighboring nations would deteriorate over the violence in Syria, which also shares a border with Turkey. Turkey’s President Recep Erdogan has repeatedly called on Syrian President Bashar al-Assad to step down, while Iran is the principle backer of the Assad regime.  Nevertheless, Iran has benefited greatly from Turkey’s import of Iranian oil, and Turkey has prospered from millions of Iranian tourists.  In a move that benefits both countries, hundreds of Turkish movies have been filmed in northern Iran.

This cozy relationship has developed despite the very public love letters President Barack Obama sent to Turkey’s President Recep Erdogan.  Middle East analyst Barry Rubin wrote a telling piece in the spring about the one-sided relationship between Obama and Erdogan. In addition to recounting Obama’s amorous actions towards the leader of Turkey who has turned that giant ship away from the West and into the harbor of the Islamist world, Rubin pointed out that in 2010 Erdogan made a “deal with Iran that sabotaged the delicate U.S. drive to toughen anti-Iran sanctions.”  And despite that blow to U.S. policy and insult to Obama, the U.S. president gave Turkey a waiver on implementing the Iranian sanctions.  Rubin called it “remarkable,” others might call it alarming.

With a huge flattering photograph of Hitler hanging in the fanciest mall in Istanbul, and Erdogan inching towards BFF status with Ahmadinejad, perhaps it is time for this administration to rethink putting daylight between the U.S. and Israel, and instead start putting it between the U.S. and Turkey. 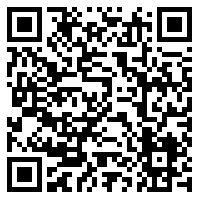