The anti-Israel BDS organizations last week attacked the Palestinian Authority over its decision to participate in Expo 2020 Dubai that was launched on October 1, after a year’s delay, Makor Rishon reported on Friday. More than 190 countries maintain their pavilions at the Dubai exhibition, and the United Arab Emirates has high hopes for future development and business cooperation. The Expo will operate through March 2022. Neighboring Qatar will host the 2022 FIFA World Cup from November 21 to December 18.

The Israeli pavilion, with the slogan, “Never stop dreaming, creating, improving and innovating,” includes a display of the country’s contributions to the world in the areas of technology, energy, food, health, the sciences, smart cars, and culture. The PA pavilion offers orange knafeh, with a stress on the past and the present, under the slogan, “Yesterday it was called Palestine, today it’s called Palestine.” Which is also a nice contribution to the world.


The Palestinian Authority and other Arab countries decided to participate in the Dubai expo despite pressures to boycott the international event because of the normalization between the UAE and Israel. BDS activists launched a campaign under the slogan, “Boycott the Dubai Expo,” and argued that Israel’s participation constitutes a political statement regarding relations between the Gulf states and Israel, as well as the economic, military, political, and athletic ties between the Jewish State and its Gulf allies.

Relations between the UAE and the PA have been troubled in recent years, especially following the staunch PA assault on the Emirates over signing the Abrahamic accords. The Emirates said the PA was ungrateful in ignoring decades of financial support from the oil-producing states. Now it appears the folks in Ramallah have had a change of heart, or at least of mind.

Hamas also attacked the PA, saying its participation in the same exhibition as Israel “weakens the resistance to normalizing relations with the Occupation,” according to Hamas spokesman Hazem Qassem. He suggested that the Expo “promotes the weapons of the Occupation which it uses to kill the Palestinian nation. The PA commits an international and moral crime by participating in this exhibition, while the EU and the free world have called to boycott it.”

To clarify, the EU is not boycotting the Dubai expo, and EU countries all participate in it. However, the European Parliament in Brussels did pass a non-binding resolution to avoid participation because of human rights violations during the construction of the exhibition. Nothing to do with Israel.

The construction of the Expo 2020 Dubai cost more than $7 billion and took five years, employing more than 200,000 foreign workers. A special pavilion at the exhibition is dedicated to those workers. 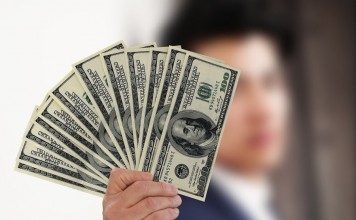