On Monday morning, a man in his 40s who lives in a long-term medical care facility for patients with pre-existing medical conditions in Neve Michael was eating his breakfast with the assistance of a staff member, when he suffered an epileptic seizure, became unable to breathe, and lost consciousness. The facility’s medical staff initiated CPR while calling emergency services for help.

United Hatzalah volunteer Paramedic Ben Argaman, who lives in the same town, was alerted to the emergency, as was Head of United Hatzalah’s Gush Etzion Chapter EMT Danny Gur, who was driving home after a meeting and was on Highway 367 nearby.


Argaman and Gur both rushed to the scene and arrived a the same time. They joined the local medical team’s efforts and continued CPR. A defibrillator was attached that did not advise a shock. Together, the team performed chest compressions, provided assisted ventilation, and administered medication, including two shots of epinephrine. Argaman assisted in intubating the patient to allow him to breathe more easily. The mobile intensive care ambulance arrived and joined the team’s effort as did other volunteers from United Hatzalah. Ten minutes after Argaman and Gur had arrived, the man’s pulse returned and he was transported to the hospital where he was sedated and placed on a respirator, alive and with a chance for recovery.

“I’ve been working in the field for 20 years,” said Argaman, “so I’m familiar with both unsuccessful and successful CPRs. While I don’t get extremely excited about them any longer, it is always a good thing to participate in a successful CPR, and I am always thankful to have the opportunity to help someone and give them another chance at life. This was certainly a good thing that happened today and I am happy to have been a part of it.”

Gur added: “I don’t know what will happen to this man in the future, but I know that we gave him the best shot at survival that we could. Knowing that he was transported with a pulse means that we did our job and now it’s up to the next level of care, and God. We did our part and I am proud of it.” 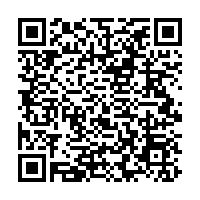