If you’ve ever visited or lived in New York City, you’ve probably seen a “sukkah mobile”* driven by a Chabad Lubavitch emissary during the Jewish holiday of Sukkot.

But it wasn’t until this week that Jews in Jerusalem caught sight of an Egged bus dressed up to resemble a beautifully decorated sukkah on wheels, complete with bamboo roofing, as is seen on many sukkahs around the country.

More to the point, the man behind the lovely sukkah is an Egged driver plying his daily bus route on Jerusalem’s streets: Ihab, a Muslim resident of the neighborhood of Ras al-Amud (Ma’ale Zeitim) in the holy city.

Speaking with Ynet, Ihab said his goal is to “improve relations” with his riders, in light of the fact “they’re often strained – doubly so in Jerusalem.”

Ihab purchased the sukkah decorations with his own money at a store in a Jewish neighborhood and spent three hours carefully hanging them in his bus.

Passengers have been enthusiastic in their response, he said. “I hear a lot of ‘Way to go!’ and ‘Happy holiday’ from most people,” he told Ynet.

It’s not the first time Ihab has decorated his bus for a major Jewish holiday. The last time around, he placed a seder table in the middle of his bus for Passover.

The week-long holiday of Sukkot — also known as the Feast of Tabernacles or the Festival of Booths — commemorates the journey of the Jews through the desert on their way to the Promised Land from Egypt, during which time they lived in temporary booths or huts, and were protected by the Clouds of Glory.

*The traveling Chabad-Lubavitch temporary booth on wheels is intended to allow Jews in various locations to fulfill the Torah commandment of sitting in the “sukkah” and making a blessing on the four species as directed by God. 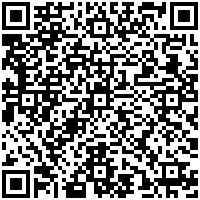