Israel will showcase its agricultural innovation at the 2020 World Expo in the United Arab Emirates (UAE) city of Dubai, reflecting the warming relations between the Jewish state and Gulf Arab states.

Israel’s Foreign Minister Yisrael Katz on Wednesday met with the chairman of Israel’s regional councils, Shai Hajaj, and chairman of the Farmer’s Association, Dubi Amitai, in preparation for the 2020 Expo, set to take place next October.

Hajaj said that Israel is one of the world’s most innovative counties in agriculture, sparking significant international interest in a potential collaboration, particularly in Arab countries.

“Israel has already established impressive collaboration with various countries around the world in the field of agriculture, and I believe that we can build strong connections with Arab countries as well, based on cooperation in agriculture, which is essential to everyone,” he said.

Israel’s attendance at the expo was announced in April, following initial push-back from the UAE, which does not generally admit Israelis into the country. The Expo organizers reached an understanding with UAE officials and issued a festive statement saying all countries “without exception” were welcome to attend.

The upcoming international event, organized by the Paris-based Bureau International des Expositions’ (BIE), will see over 190 countries showcasing the various ways they intend to improve humankind’s knowledge and bring about scientific, technological, economic and social progress.

This development comes as Israel’s ties with several Arab countries have significantly advanced in recent years, openly and covertly, as shared strategic interests, and primarily confronting Iran’s advent in the region, have brought both sides to the same table.

Katz visited Oman in November 2018, two weeks after Prime Minister Benjamin Netanyahu visited the country and met with its ruler, Sultan Qaboos bin Said. It was the first trip made by an Israeli prime minister since Shimon Peres in 1996.

After his visit to Oman, Katz stated that visits by Israeli officials to Arab countries are “part of a wider trend of strengthening ties between Israel and the Gulf countries based on common interests and a mutual recognition of the potential benefits for both sides, both in terms of contending with common challenges and threats, as well as opportunities.” 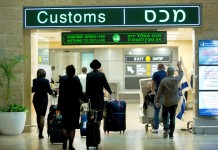 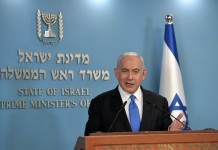 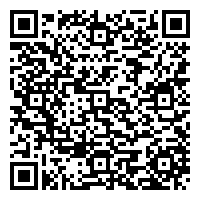