Ilhan Omar, a Somali-American Muslim running for a House seat in Minneapolis; Rashida Tlaib, a Palestinian-American Muslim running in Detroit; Alexandria Ocasio-Cortez, running in the Bronx and Queens; and Leslie Cockburn, running in Virginia, are all part of a new fragment of the Democratic party which has “dared to breach what has been an almost inviolable orthodoxy in both political parties, strong support for Israel, raising the specter of a crack in the Democratic Party that Republicans could use to attract Jewish supporters,” according to Catie Edmondson, reporting on Sunday for the New York Times (A New Wave of Democrats Tests the Party’s Blanket Support for Israel).

But These candidates are not necessarily made from the same cloth. The realities of political life in America and whom you turn to for campaign support (nudge, nudge, wink, wink), as well as the fact that 18 leading members of the Democratic caucus in Congress once stood on Mount Sinai together (the one in the Wilderness, not on Fifth Ave.), have modified considerably the positions these new wave progressives are pushing regarding the Jewish State and its relationship with the US.

Ilhan Omar, who in 2012 tweeted that Israel had “hypnotized the world” to ignore its “evil doings,” and this year argued that condemning the “Israeli apartheid regime” was not a form of anti-Semitism, last summer told a candidates’ forum at a Synagogue that “It is going to be important for us to recognize Israel’s place in the Middle East and the Jewish people’s rightful place within that region,” and “I believe right now with the BDS movement, it’s not helpful in getting that two-state solution,” because “I think the particular purpose for [BDS] is to make sure that there is pressure, and I think that pressure really is counteractive. Because in order for us to have a process of getting to a two-state solution, people have to be willing to come to the table and have a conversation about how that is going to be possible and I think that stops the dialogue.”

Rashida Tlaib is a different story altogether. Having lost the support of J Street, last August she told In These Times she supported a one-state solution that would, in effect, end Israel’s unique status as a Jewish state. “It has to be one state,” she said. “Separate but equal does not work.”

According to Middle East Forum, Talib’s campaign funding—she raised more money by far than any other Democrat in the 2018 primaries, more than $1.3 million—come from the Council on American-Islamic Relations (CAIR), Emgage USA – Empowering Engaged Muslims, the Muslim-American Society (MAS), and the Muslim Public Affairs Council (MPAC).

Last May, Talib said on Facebook: “It cannot be our foreign policy to tolerate the killing of Palestinians. Send me to Washington and I’ll use my unique lens on this issue to be a voice for peace.” No, it doesn’t look like she’ll be a voice for peace, but her voice would be plenty anti-Israeli.

Alexandria Ocasio-Cortez got herself into hot water in the spring, when a PBS interviewer asked her to defend her statement that condemned Israel for defending itself against rioting Arabs along the Gaza Strip border, calling it a massacre – until the candidate backed down sheepishly and admitted she was not an expert on foreign policy, and could somebody please educate her.

In August, it looked like somebody had gotten to her: Ocasio-Cortez was cheered by the crowd at an event hosted by the Immigrant Arts Coalition at the Museum of Jewish Heritage, where she spoke about every issue of concern to Democrats, without uttering the words “Jew” or “Israel.”

Leslie Cockburn, not an Arab, but the author of an anti-Israel, if not worse, recent book about Israel titled “Dangerous Liaison,” about the “secret ties” between the US and Israel. We didn’t read it, but the NY Times reviewer wrote that the book, “supposedly a history of the secret ties between Israel and the United States, is largely dedicated to Israel-bashing for its own sake. Its first message is that, win or lose, smart or dumb, right or wrong, suave or boorish, Israelis are a menace. The second is that the Israeli-American connection is somewhere behind just about everything that ails us.”

So now you know.

Ron Halber, the executive director of the Jewish Community Relations Council of Greater Washington, told the Times he wasn’t worried: “We’re talking about a handful of people; they’re certainly not going to move Congress’s wall-to-wall support for Israel. Could it turn into a ripple? Perhaps. You have a unique combination of forces right now.”

Habler raised a different concern, namely that Donald Trump’s friendly relationship with Benjamin Netanyahu is getting Israel’s image “caught up in the anti-Trump fervor, which is not fair to Israel.” 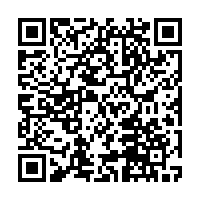