Prime Minister Benjamin Netanyahu on Monday decided on several new ministerial appointments. But before we tell you who got what, a brief explanation:

According to Israeli law, a government minister who faces criminal indictments must immediately resign his post – as opposed to the prime minister, who is allowed to remain at the helm of his government despite such indictments, all the way to the point where the court finds him guilty. There are even those who believe the PM can stay until he or she have exhausted their appeals to higher courts.


Here’s an intriguing question: what about an indicted prime minister who also holds several portfolios? The answer is he must resign from all of them, in his capacity of indicted minister.

Which is what Netanyahu started doing in the fall – he took some of the portfolios under his care and gave them over to politicians in and out of Likud whom he wanted to keep close to him for the duration of the new election campaign.

But then the High Court of Justice, which initially supported the demand that Netanyahu give up his portfolios, now started protesting that he was making such clever use of what amounted to endowing influential folks on the right, like Naftali Bennett, Bezalel Smotrich and Rafi Peretz with a three-month long version of Queen for a day.

Can’t please those high court folks, if it’s not one thing, it’s another.

So now Netanyahu has come up with a solution: give those portfolios to ministers who already serve in his government. This way he’ll please everybody (fat chance).

Minister Tzachi Hanegbi will be appointed Agriculture and Rural Development Minister, in addition to his post as Regional Cooperation Minister.

Minister Ofir Akunis will be appointed Labor, Social Affairs and Social Services Minister, in addition to his post as Science and Technology Minister.

Deputy Minister Meshulam Nahari will be appointed Deputy Labor, Social Affairs and Social Services Minister instead of his post as Deputy Minister in the Interior and Periphery Development ministries.

Like I said, these are all temporary appointments, although, with the Israeli voters’ track record so far and this being the third election in less than a year, in their place I would buy a suit. 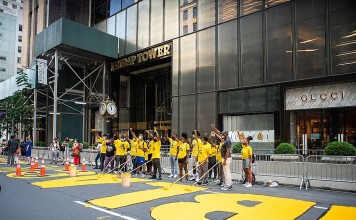 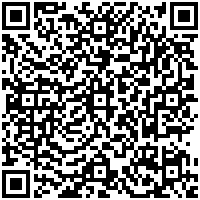