For the fourth consecutive year, the already-high rates of harassment in online multiplayer games increased, with Jewish adult gamers facing the highest jump in identity-based harassment.

According to the ADL Center for Technology & Society’s report ‘Hate is no Game’, 34 percent of Jewish adult gamers faced antisemitic harassment, up from 22 percent one year earlier.

The immense popularity of online games has reached more than 100 million adult gamers and millions more who are teens and preteens.

Overall, women experienced the most identity-based harassment at 47 percent, the ADL reported.

One in five adults reported exposure to white-supremacist ideologies in online multiplayer games in 2022, a whopping increase from eight percent who reported this last year.

This year the ADL also expanded its survey to include pre-teens ages 10-12. The findings showed that 15 percent of young people (ages 10-17) reported exposure to discussions of white-supremacist ideologies in online games.

“We know hate that starts online doesn’t always stay online — it can have deadly consequences in our communities,” the ADL said.

Gamers also experienced a significant increase in identity-based harassment, including harassment that can move offline to include physical threats, stalking, doxing and swatting, according to the report.

(Swatting is making false reports to police and other emergency services.)

One gamer who described his experience with swatting said, it was “fearful. Having weapons drawn on me when the police believe I have a hostage situation is very scary.” 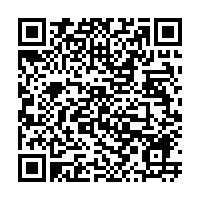