The ”Chabad Chasidim Association in the USA” (“Aguch”) is expanding its battle to return the ‘Schneerson Collection’ to Israel, according to a report by COLlive.com.

Chabad filed a lawsuit in the Jerusalem District Court against the “Russian Federation under the presidency of Vladimir Putin” seeking to enforce a US ruling so that it can seize Russian assets worth tens of millions of dollars also in Israel.

Famed attorney Nat Lewin, a top lawyer approved to litigate cases in the US Supreme Court, arrived in Israel to accompany the prosecution process in the lawsuit, filed by lawyers Uri Keidar and Avi Blum.

Lewin represented the Chabad movement in the famous legal victory of Chabad, called by the Chasidim “Didan Notzach” regarding the Lubavitcher Rebbes’ book collection since the 1980s.

“Nat Lewin is known as one who had the privilege of having discussions and receiving personal trust and guidance from the Rebbe regarding the representation procedures and the manner in which the Chabad movement should act regarding the collection of the valuable Chabad books,” COLlive.com reported.

The lawsuit seeks to transfer to Israel the judgements and decisions issued in the United States against the Russian government, ordering Moscow to return the ‘Schneerson Collection’ to Chasidism, and to impose a significant fine for contempt of court handed down in the US decision. The fine currently stands at more than $170 million.

Chabad explains that the ‘Schneerson Collection’ is a historical collection of the global Chabad movement that includes approximately 12,000 original books and manuscripts which were gradually collected and preserved since the end of the 18th century up to the present day.

“This is the only collection of its kind in the entire world and is a heritage asset for the entire Jewish people, in a way that surpasses the boundaries of Chabad Chasidism,” COLlive.com reported.

For historical reasons, since the end of World War I, the ‘Schneerson Collection’ has been in the possession of the Russian authorities, formerly the Soviet regime in the Soviet Union, and which is now the Russian government.

For decades, Chabad has been demanding from the government in Moscow to return the ‘Schneerson Collection’ to the possession of the Chabad Chasidic Center, which is currently located in the USA.

The process began with the appointment by the Lubavitcher Rebbe of a special delegation to act for the return of the books. The delegation, led by Rabbi Shlomo Cunin, Rabbi Sholom Dovber Levin, Rabbi Yosef Yitzchak Ahronov and Rabbi Yitzchak Kogan, has been working ever since in different ways to achieve that goal.

The detailed statement of claim submitted by the lawyers stated at the conclusion, “the need to enforce the verdict especially in Israel, considering the historical, traditional, communal, and cultural importance of the ‘Schneerson Collection’ for Chabad Chasidim and the entire Jewish people.”

Rabbi Shlomo Cunin, a member of ‘Aguch’, said in a statement, “The Rebbe tasked us with returning the books from Russia. We have no doubt that the task will be completed as he wishes, and the books will be returned to the Rebbe’s library whether the Russians like it or not, and there is no delay or obstacle that will stand in our way to carry out this sacred task.”

Rabbi Yosef Yitzchak Aharonov, who was also personally appointed by the Lubavitcher Rebbe, added, “What has guided us all these years is to return the books as per the Rebbe’s command. This is our mission. We have been dealing with the matter for decades and we are still dedicated to it. Nothing will loosen our hands.” 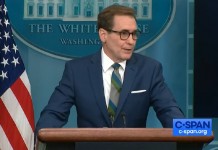