NY Congressmembers Jerrold Nadler and Carolyn Maloney are both old-time NYC Democrats who are centrists, sane, believe in working across the aisle and are among Israel’s best friends in Washington. For years, they’ve worked together for the benefit of their constituencies, he in the 10th and she in the 12th districts, until the most recent redistricting has pitted them against each other in the coming Democratic primaries on August 23.

Nadler, the 10th District incumbent, is running in Maloney’s redrawn 12th District. According to Ballotpedia, 28% of the redrawn 10th District’s population is from the old 10th.


The Washington Post reported on Tuesday that Nadler has been running on his Jewish bona fides (Do Jewish New Yorkers care about identity politics? Jerry Nadler hopes so.) Reporter Paul Schwartzman described him fishing for votes outside Zabar’s, where voter Carole Kaufmann, 86, described him as “A heymisher man,” adding: “I want him around, he represents us.”

Nadler’s campaign warned recently that if he is forced to leave the House after 30 years, New York City would lose its “last remaining” Jewish representative.

Yes and no – The Jewish Press has just interviewed Brian Robinson (Brian Robinson: A Moderate For New York’s District 10), a Jewish Democrat who is running in Nadler’s vacated 10th District, against left-leaning US Rep. Mondaire Jones; former New York City Mayor Bill de Blasio; prosecutor Daniel Goldman; former US Rep. Elizabeth Holtzman; State Assemblymember Yuh-Line Niou; New York City Council Member Carlina Rivera; and State Assemblymember Jo Anne Simon. So, if God wants Manhattan to have a Jewish Congressman and not a progressive one, He in his wisdom will help Robinson get over those considerable electoral hurdles.

Still, seeing Nadler fighting for his political life is a sign of things to come in Jewish Manhattan: when he was first elected to Congress, in 1992, he was among eight Jewish Congressmembers from the city. This is the first time he is forced to play identity politics, against Maloney, who represents what’s come to be known as the Hanukkah district: stretching from Astoria, Queens to the Lower East Side, to Brooklyn, it’s been home to Greeks and Jews (that joke was applicable a couple of redistricting cycles ago).

He wasn’t saying outright that Maloney, a Presbyterian (and you thought she was Catholic, right?), can’t represent Jews. He only said that just as “non-Blacks can support civil rights,” but “nonetheless, no one would argue that you shouldn’t have Black representation because others can do it for them,” and, well, Jews know best what Jews need.

Finally, Nadler’s record on Israel: in 2015, Nadler voted to support the agreement to lift economic sanctions against Iran in exchange for Iran’s compliance with the terms of the agreement which called for substantial dismantling and scaling back of their nuclear program. Nadler faced a wave of hostile reactions from his fellow Jews, possibly the ones whose votes he hopes to get in the primaries. The ADL condemned what it called “vicious attacks” on Nadler and other Jews in Congress who supported Obama’s nuclear deal. But the ADL don’t vote in NY’s 12th.

On May 8, 2018, Nadler attacked President Donald Trump’s withdrawal from the Iran deal, saying, among other things: “President Trump has done zero to counter Iran’s growing influence in the region, zero to crack down on Iran’s human rights behavior, zero to add international pressure against Iran’s development of ballistic missiles, zero to stop Iran from its continued support for terrorism. And with his withdrawal earlier today, President Trump has provoked an unnecessary crisis and handed Iran the alibi it needs to restart its nuclear activities.”

Maybe. Today it looks like it’s Nadler who needs an alibi to justify to Jewish voters his stance on the nuclear deal.

In December 2017, Nadler criticized Trump’s decision to recognize Jerusalem as the capital of Israel, saying: “I have long recognized Jerusalem as the historic capital of Israel, and have called for the eventual relocation of the United States Embassy to Jerusalem, the seat of the Israeli government. While President Trump’s announcement earlier today rightly acknowledged the unique attachment of the Jewish people to Jerusalem, the timing and circumstances surrounding this decision are deeply worrying.”

So, not against recognizing Jerusalem and moving the embassy there, only against the timing, which, to remind you, before Trump’s term used to be “never.” 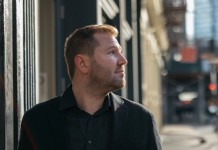 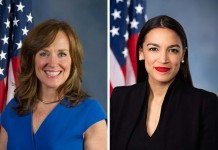