Victims of terrorist acts and families of murdered victims of terrorists on Monday filed in Jerusalem District Court a 20 billion shekel ($5.8 billion) lawsuit against the Arab Bank whose headquarters are in Amman, Jordan.

According to the lawsuit, the Arab Bank has cooperated, supported, funded and encouraged terrorist activities in Israel, Judea and Samaria, and the Gaza Strip, which resulted in thousands of victims. The plaintiffs are 1,132 victims of terrorist acts between the years of 1995 and 2005. They include the victims and victims’ families of the attacks at the Beit Lid Junction (Jan. 22, 1995, 22 dead), the Dolphinarium in Tel Aviv (June 1, 2001, 21 dead, 16 of them teenagers), the Sbarro Restaurant in Jerusalem (August 9, 2001, 15 dead, including 7 children, 130 wounded), and the Park Hotel in Netanya (March 27, 2002, 30 dead, 140 wounded).

The plaintiffs claim that bank employees and executives knowingly and continuously assisted the activities of Palestinian terrorist organizations.

The Arab Bank has assisted in financing the payments to families of terrorists and terrorists who are behind bars in Israel.

Arab Bank is one of the largest financial institutions in the Middle East, serving clients in more than 600 branches on five continents. It has branches in Frankfurt, London, Australia, New York and Singapore. Following the Oslo Accords, Israel invited Arab Bank to open branches in several PA towns with broad governmental support. It is a publicly held shareholding company listed on the Amman Stock Exchange.

Several civil lawsuits were filed in 2004 against the Bank in the US District Court for the Eastern District of New York in Brooklyn under the Anti-Terrorism Act and Alien Tort Statute, all of which resulted in decisions in favor of the Bank.

In 2018, the US Court of Appeals for the Second Circuit overturned a liability verdict in the case of Linde v. Arab Bank Plc in the US District Court, Eastern District of New York (Brooklyn). The overturned verdict, after 30 days of trial and two days of jury deliberation, found the Bank liable for knowingly supporting terrorism relating to 24 different terrorist acts.

There’s more: in 2004, the IDF confiscated funds from Arab Bank’s and Cairo-Amman Bank’s Ramallah branch in connection with an investigation into whether certain account holders were supporting terrorism. But in September 2009, the IDF issued a letter to Arab Bank stating that it had no evidence that the Bank or any of its directors or employees were involved in or funded terrorist activities. 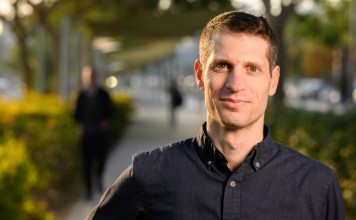 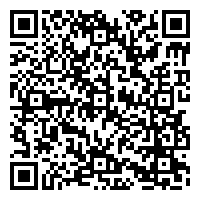