Syrian-born German national Mohammed Haydar Zammar, who was part of the September 11, 2001 al-Qaeda attack on the United States, has been arrested by Kurdish forces in Syria, AFP reported Wednesday, citing a senior Kurdish commander.

In 1971, at age ten, Zammar moved to Germany with his religiously conservative family, where he stood out, even at his early age, with his extreme devotion to Islam, making the rounds in the mosques of Hamburg. While in high school, Zammar became associated with a fellow Syrian, al-Qaeda financier Mamoun Darkazanli. In 1991, at age 20, Zammar flew to Afghanistan and underwent a training program for mujahideen fighters. He later traveled extensively to Syria, Jordan, Turkey, Sweden, and Bosnia. In 1996, Zammar visited Afghanistan for a second time, to formally join al-Qaeda, on the personal invitation of Osama bin Laden.


Mohamed Atta, later the leader of the 9/11 attack, was recruited by Zammar around 1998. Zammar has boasted that he personally recruited other 9/11 hijackers as well. The German authorities tapped his phone and shared with the CIA Zammar’s conversations with hijackers Marwan al-Shehhi, Mohamed Atta, Ramzi bin al-Shibh, and Said Bahaji. In the Summer of 1999, the CIA discovered that Zammar was in direct contact with one of bin Laden’s senior operational coordinators, but did not share this information with German intelligence. In 2000, Zammar met frequently with Said Bahaji in Germany.

On October 27, 2001, Zammar was arrested by Moroccan police with US assistance. Despite his German citizenship, German intelligence only learned about the arrest from a newspaper account in June 2002. Zammar was sent secretly to Syria for indefinite detention in Far’Falastin prison in Damascus. He was released in 2013 as part of a prisoner exchange between the Islamist Syrian rebel group Ahrar al-Sham and the Syrian Government. Zammar then traveled to Raqqa and joined ISIS, where he became in charge of funding the Sinai-based terror group Ansar Bayt al-Maqdis.

According to AFP, a coalition of Arab and Kurdish fighters backed by the US, known as the Syrian Democratic Forces, in recent months has been capturing foreign members of ISIS who have fled from the fallen Raqqa. Zammar was captured by the Kurdish People’s Protection Units on April 18, and is currently being held in a prison in northern Syria.

Someone in the CIA should tell German intelligence. 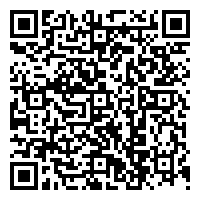