The first conference of Jewish school principals in north America that was held this week in Jerusalem, with 140 school principals from abroad, dealt officially with ways in which the Israeli government could its assistance in educational and technological matters. But behind the scenes, according to a report by Zvika Klein in Makor Rishon on Friday, a different, unusual issue was on the agenda: for the first time senior Jewish leaders from the US and Canada were asking Israel for economic support for Jewish children who cannot afford to pay their tuition.

Tuition in Jewish American schools has reached $40,000 a year per child. Paul Bernstein, Director of the Prizmah Center for Jewish Day Schools, with more than 200 member schools, met this week with Dvir Kahana, Director General of the Diaspora Ministry, and came out of the meeting saying, “Minister Naftali Bennett said the Israeli government must invest great resources in the Jewish communities in diaspora, specifically in Jewish education. We believe that in north America Jewish schools are the future of the community, but we would like the Israeli government to help us make this education accessible and possible economically to all the Jewish families.”


According to Bernstein, “this is the first time the Israeli government is assembling so many Jewish school principals from all over the world in Jerusalem. Unfortunately, not many principals have arrived from America, because the Israeli government has been active so far in weak communities around the world. We are working together so that American communities receive more from this relationship.”

The first conference of school principals in diaspora was initiated by the Ministry of Diaspora with the participation of the Education Ministry, the Center for Educational Technology, and the Pinkus Foundation. Education leaders from 31 countries participated, as well as 30 Israeli school principals. The aim of the conference was to create the foundation for a worldwide Jewish education network, and encourage collaboration among education professionals in diaspora.

Three regional operational arms of the Diaspora Ministry are already active in Jewish education in south America, Europe and in France specifically. Enrolled schools receive half their budget from Israel, and must raise the other half from donors. The overall budget is $24 million. A total of 75 schools participated in 2018.

The Diaspora Ministry supports the creation of a universal Jewish education fund for all the Jewish communities in the world. The ministry sees formal Jewish education as an effective way to boost the Jewish identity of the younger generation. Also, according to the ministry, the success of the fund depends on its ability to reach a broad consensus, across denominations and political parties, and approve the fund as part of Israel’s state budget. 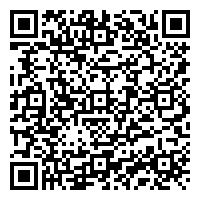