At a time when California is focused on addressing a global pandemic, a group called Save CA Ethnic Studies is attempting to subvert an ongoing California Department of Education process and hoodwink individual district school boards into approving a previously condemned and highly controversial ethnic studies curriculum. Dozens of state and national organizations today called on the California State Board of Education to immediately address this “deceptive” behavior.

“Most of our organizations wrote to the California Department of Education (CDE) last summer to express our serious concerns about the politically-charged nature of the AB 2016-mandated Ethnic Studies Model Curriculum, which sought to indoctrinate students into a highly controversial and divisive set of ideological beliefs that we feared would exacerbate ethnic divisions and foment bigotry in California schools. Especially now, as our country and state grapple with ways to come together to address unacceptable inequality and injustice and unite against hate and bigotry, it is more important than ever that our state’s first high school ethnic studies curriculum provides an opportunity to help students understand the difficult challenges facing our communities and promotes mutual respect, civility and unity,” wrote the groups to Dr. Linda Darling-Hammond, California State Board of Education President.


“Over the past few months… individuals, who call themselves ‘Save CA Ethnic Studies,’ have attempted to take advantage of state and local education officials’ focus on addressing the COVID-19 crisis to get school boards throughout the state to rubber-stamp, with little or no discussion, a resolution that ‘affirms support of the California Ethnic Studies Model Draft…,’” added the groups, pointing out that Save CA Ethic Studies was established by those responsible for developing the deeply flawed initial draft. They also noted that “School board members asked to vote on the resolution are not shown the original draft curriculum, and not informed about the enormous outpouring of criticism it engendered or that a CDE process is well underway for the curriculum’s redesign. Instead, board members are led to believe that in voting for the resolution they are showing support for AB 2016 and affirming the importance of ethnic studies classes in general, rather than endorsing the highly controversial draft curriculum that was condemned by dozens of state leaders and tens of thousands of Californians.” The groups point out that the latest version of the resolution has school boards committing to a timeline for training teachers and beginning courses.

Last summer, when a first draft of the ethnic studies model curriculum was presented by the California Board of Education’s Instructional Quality Commission (IQC), it was met with enormous opposition from state officials and the public. Governor Newsom called the draft “deeply offensive in so many ways,” promising that it would be “substantially amended” and “never see the light of day.” Assembly member Luis Alejo, the sponsor of AB 2016, called the draft “a setback” that was in need of revision. Assembly member Jose Medina, who had introduced legislation to make ethnic studies courses based on the model curriculum a high school graduation requirement, decided to delay his bill after seeing the draft, in order “to ensure we get the curriculum right” and that it “reflects California’s standards and values.” In addition, more than 19,000 of the 20,000 public comments submitted to the State Board of Education about the politically-charged draft were highly critical of its contents.

Members of California State Legislature’s Jewish Caucus wrote to the California Department of Education alarmed that the initial draft “erases the American Jewish experience, fails to discuss anti-Semitism, reinforces negative stereotypes about Jews, singles out Israel for criticism and would institutionalize the teaching of anti-Semitic stereotypes in our public schools.” Many of the state’s leading Jewish communal organizations echoed those same alarm bells.

“We also recognize the serious concerns raised by the Jewish legislators and community leaders,” stated AMCHA Initiative’s director, Tammi Rossman-Benjamin, who coordinated today’s letter. “However, it is important to point out that this is so much larger than just a Jewish issue, and merely addressing that piece of this controversial curriculum does not fix the larger problem of how injecting politics into an educational curriculum will hurt all students. The curriculum drafters saw an opportunity here to advance their own fringe political beliefs and they exploited it, at the expense of our kids. We urge the Board of Education to ensure that the new curriculum is in fact educational and devoid of politics. Curriculums should educate, not indoctrinate students into the particular political ideology held by its drafters.”

When the draft curriculum was released last summer, many of the groups on today’s letter wrote to the California Department of Education and the State Board of Education to highlight concerns that political indoctrination in schools often leads to increased ethnic bigotry.

In response to the vast and scathing criticism from across the state, California Board of Education President Linda Darling-Hammond issued a statement saying, “The current draft curriculum falls short and needs to be substantially redesigned.” The Board of Education announced a comprehensive revision process and designated officials to begin working on a new draft model curriculum, slated to be released for public comment in the fall.

“Save CA Ethnic Studies’ misleading campaign to get district school board members throughout California to adopt disingenuous resolutions in support of the original draft is a clear attempt to circumvent the state’s official plan for revisions of the model curriculum,” stated Rossman-Benjamin.

The organizations in their letter today urged the Department of Education to “issue an official statement pointing out the misguided and premature nature of these resolutions and urging district school board members to wait until the state’s revision process is completed before affirming support for the high school ethnic studies model curriculum or considering whether and how to implement it in their district.” 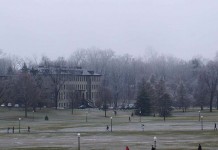 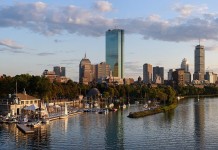 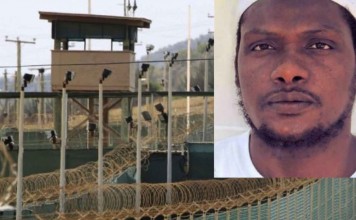