Senior Ha’aretz pundit Yossi Verter called Ehud Barak’s Wednesday night appearance at his Democratic Israel party conference “a sensual, sacrificial and almost desperate event, intended to stop the mudstorm that threatens to drag to oblivion his presumably final attempt to return to the center of the political arena.”

The mud in the mudstorm that’s sweeping Barak off the stage even as he is attempting to fight his way on has a name: Jeffrey Edward Epstein, son of Pauline and Seymour Epstein, a major investor in Ehud Barak’s startup and a convicted pimp for underage girls.

In the beginning there was no inclination among Barak’s numerous enemies on both sides of the aisle to make much hay out of what was considered at the time a straight-forward business relationship with a pervert. But then came the Daily Mail picture of Barak standing outside Epstein’s luxury building with his face covered. He said it was because it was freezing weather, everybody else thought it was unseasonably pervert with a chance of child molestation.

As we reported last week, Epstein is the biggest donor to the Wexner Fund, established by the owner of Victoria’s Secrets, which reportedly awarded Barak $2.3 million for research he is yet to produce.

Wednesday night, Barak fought back, spraying his fire in all directions: attacking Netanyahu’s campaign machine which accused Benny Gantz of teen exhibitionism; the PM’s son, whom he called a whoring seducer parasite who receives Shin Bet protection; Yakov Litzman whom he called a serial pedophile defender; and Natan Eshel, who was demoted from his post in the PM’s office for peeping.

The thing is, every child in Israel is familiar with the sweeping accusations Barak spewed from the podium Wednesday night – there was no revelation there, only the angry screams of an aging has-been. Verter suggested this outrageous behavior is not making Barak more acceptable to Labor and Meretz – it makes him a liability. 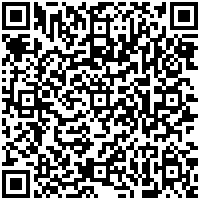