First, we should probably agree that Maya Wiley is not my and your best choice for mayor of NY City. For one thing, she received the endorsement and dedicated support of Rep. Alexandria Ocasio-Cortez, the most prominent leader of the Democratic party’s progressive left.

On what to do about the police, Wiley is well to the left of the two leading candidates, Eric Adams and Andrew Yang. “I know I’m in a different lane because I’m in the progressive lane,” Wiley said. “I think the progressive lane is its own lane now in this race.”

Adams, for his part, declared that “Rep. Ocasio-Cortez and Maya Wiley want to slash the Police Department budget and shrink the police force at a time when Black and brown babies are being shot in our streets, hate crimes are terrorizing Asian and Jewish communities, and innocent New Yorkers are being stabbed and shot on their way to work. They are putting slogans and politics in front of public safety and would endanger the lives of New Yorkers.”

Adams is right, of course. But Wiley is on the money when she strives to be identified as the only remaining progressive in the race who hasn’t gotten herself into trouble, unlike Scott Stringer and Dianne Morales. It could get her elected, even if she comes third. I’ll explain a little later. For now, just remember that the Working Families Party has dropped Stringer and Morales and is now reserving its support to Wiley.

Back in February, Wiley told The Forward that when it comes to boycotting or sanctioning Israel, she may not approve of it personally, but “I do support all people’s First Amendment right to protest and boycott.”

Wiley, who served as counsel to Mayor Bill de Blasio, also said she would “ensure that investigations into schools that communities have identified as a concern are prioritized.” That’s code for Haredi yeshivas. Wiley promised she “would do so in a transparent and ethical manner that includes an open discussion with the school community,” and “increase oversight” and “implement specific metrics” to make sure those yeshivas meet city standards.

Around one week before the start of early voting, Rep. Jamaal Bowman, a water carrier for AOC, tweeted that he, too, supported Wiley.

So, to summarize: Maya Wiley is wrong on Israel, wrong on the freedom of Jewish education in the city, and wrong because should she win, the city would become the bastion of left-wing politics of the worst kind. Now let me explain why Wiley could win on Tuesday.

According to the Wall Street Journal, Wiley is firmly positioned in third place in the race, behind Adams and Yang. If this were a winner-take-all vote, she wouldn’t have stood a chance. But it isn’t. For the first time in NYC history, RCV will be used to determine the winner of these primary elections. It will be the biggest jurisdiction ever in the US to use RCV. If you don’t know what RCV means, then welcome to democracy’s hell, make yourselves comfortable, you’ll be here a while.

Ranked-Choice Voting asks voters to prioritize (rank) their choice of candidates in order of preference (in New York City’s system you can rank up to five candidates.) When the first round of counting is complete, the candidate with the least amount of first-choice votes is eliminated. But we don’t want his voters to be left out, so we use their second choices and award them to the surviving candidates. Then we do this again with the next lowest achiever, and again, one candidate emerges with a majority.

Now, let’s say you voted for any of the candidates who came in behind the top scorers, presumably Adams, Yang, and Wiley. Whom did you pick as your second choice? If your first choice was Stringer or Morales, you’re a progressive, and so your second choice would not be Adams or Yang. It would be Wiley.

Likewise, in this wonderful city that never sleeps, more second-picks are likely to go to Wiley than to the two guys ahead of her.

Bill Scher recalled on Monday (What NYC Will Teach Us About Ranked-Choice Voting) that in the 2010 Oakland mayoral race, Jean Quan defeated the front runner through RCV, even though she trailed him after the first round of counting by 11,000 votes. But Quan and a fellow progressive used the RCV to their advantage, encouraging their voters to pick the other as their second choice. Quan became the mayor of Oakland with an advantage of about 2,000 votes.

Of course, RCV can work for everyone in the race, but something’s telling me that progressive voters will be more vigilant, better indoctrinated if you like, than their right-wing counterparts. Young progressives will fill up five names on their slate – but do you see older, conservative voters doing the same?

I’ll be very relieved if I’m proven to be the fool in this one, and the winner would be either Adams or Yang (I could live with both at the helm). If Wiley wins, hey, folks would say I’m a genius. 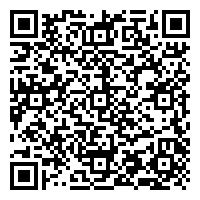