Call him an activist, a conspiracy theorist, a trouble maker or plain cuckoo, but Mark Dice has proven that there are ordinary Americans willing to sign their names and list their birthdays on a petition to support a Nazi state “to keep people safe in the good ol’ USA.

Dice, trying to keep a straight face, signed up passers-by in San Diego for a “Nazi-style Orwellian police state…to keep the community safe.”


His YouTube does not show how many people did not sign or perhaps cursed him, but there were enough positive reactions from “normal” Americans to raise a few eyebrows.

Dice’s previous pranks on YouTube have shown that it does not take any more than a mild suggestion to convince Americans to back weird programs. He said in the latest video when people so willingly signed, “Am I not making myself clear?”

Dice explained to people in a matter of fact manner that budget cuts have harmed the ability of San Diego police “keep the community safe” and that there is a need to “increase the Orwellian system.”

He told other supporters, “We just want to model it after the Nazi Germany system to keep people safe and secure” and “Thanks for supporting the police state.”

“Not a problem,” one man responded,

“The City Council does not know what it is doing,” a woman told Dice as she signed.

He replied, “We need to keep the police state funded in the Brave New World.”

In the past, Dice has signed up people to grant President Barack Obama immunity for all crimes he supposedly has committed, such as adding birth control drugs to the water supply.

Dice is branded by some people as cuckoo and by others as a dangerous man. Under the name John Connor, he wrote a book about the New World Order.

One notation in Wikipedia states, “In June 2008, Dice launched a campaign urging people to send letters and DVDs to troops stationed in Iraq which support the theory that the 9/11 attacks were an inside job.’ ‘People want the facts. The Marines are hungry for the truth — what got them there [in Iraq], why are they risking their lives — and we’re going to help them understand that,’ he told Fox News.”

Syndicated talk show host Michael Reagan, the adopted son of President Ronald Reagan, responded by declaring that Dice should be found and killed for treason.”

But the question should not be about Dice but rather the people who signed the petition for a Nazi state in the United States of America. 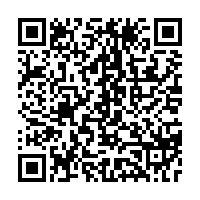